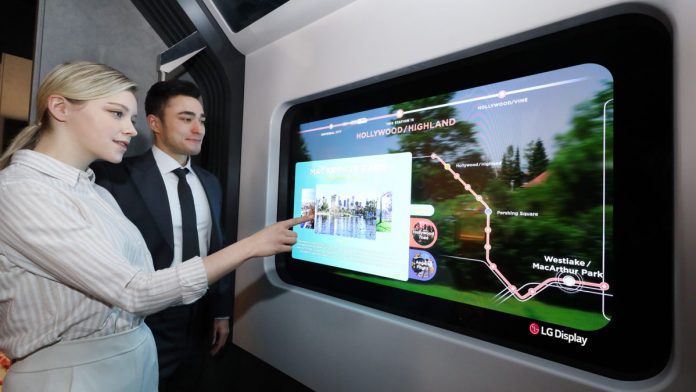 As 2021 finally starts, companies all over the world are looking to step up their game and come up with the next generation of devices for consumers. While we see new smartphones come with amazing features it seems that tech giants such as the likes of Xiaomi and Samsung are not holding back on anything and are looking to improve every corner of their product portfolio.

The two companies have for long been working on transparent TVs, which they plan to introduce this year. Last year, Xiaomi launched the their Mi TV LUX, which became the first transparent OLED TV set to be mass-produced. Now, LG Display has announced that it is working on developing an invisible TV for bedrooms, giving you a mesmerizing viewing experience.

The Korean giants have been trying to make transparent OLED panel tech more convenient for their consumers. We believe that the launch of a invisible Tv for consumers is an attempt to do just that, the company has already revealed a possible application of the transparent displays the “Smart Bed” concept. This means that the product that consumers buy will reportedly use a 55-inch transparent screen which shall function as a TV and will become visible when users are not watching anything on the TV.

In addition, the OLED display will be put at the foot of the bed, and consumers will simply have to press a button to turn the transparent surface in to a Television. As per folks at LG, the TV will give users a cinematic sound to output audio without the need of having any separate speakers for having the ultimate sound experience.

LG are also planning on using the same technology that they have used in this TV, on other devices as well which shall include transparent OLED screen being used in restaurants to allow customers to see their meals being prepared by the chef and on subway trains where they could placed on the screens and windows of the trains.The company elaborated that their 55-inch transparent OLED panel is perfectly suited for a high 40 percent transparency level as compared to the 10 percent found in LCD screens.

6G will be revolutionary