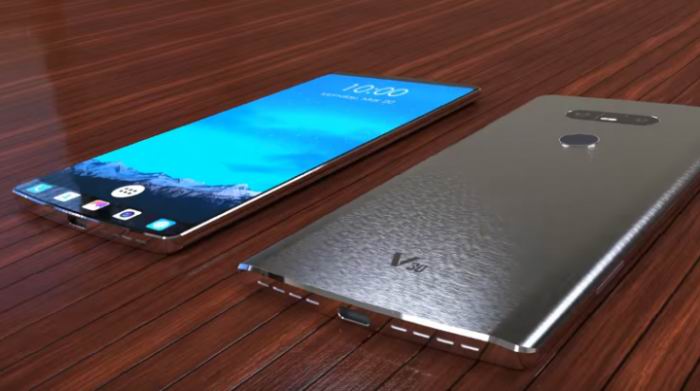 It has been known for quite the while now that LG will release its V30 and V30 flagship phones soon, but the latest news that has emerged suggests that both these phones might be arriving on the same day. The news that came followed up by a report coming from Korean news outlet ETnews. ETNews has also suggested that the phones will be split into 64 and 128 GB versions, only natural to think that the Plus model will be carrying the greater amount of storage. The storage is perhaps not the only points in which the devices will differ from one another, as it seems, suggested by ETNews that the phones will also differ in “wireless charging”, and the “audio system”.

The V20 arrived with Quad-DAC audio support but rumors earlier this year suggested that the V30 would arrive with an upgraded Bang & Olufsen audio system. Will that be the case? Or will the B&O system only feature on the V30 Plus model? Or, would both devices have a B&O audio driver, but differ in their speakers, perhaps? For now, we can only speculate.

ETNews has claimed that both the phones will be coming to the market on the 15th of September, and while the Plus model will cost $875, its little brother, the simpler version will cost $700. This, reportedly, is part of LG’s new strategy to offer a broader range of options for consumers with its phones.

If these prices are indeed proven to be accurate, then it would mean that it would cost $175 to get 64GB of more internal storage space, have the luxury of wireless charging, and also better audio. However, as some of the reports suggest, both the phones will sport the same display, processor, RAM, cameras, battery, and IP68 rating. So the question that comes to mind is that will you be willing to spend an extra 175 bucks just to have some extra luxuries, or would you be content with the little brother version, which is pretty much the same, just with a few exceptions?

XIAOMI MI9 ANNOUNCED: READY TO TAKE ON THE BIG DOGS WITHOUT...