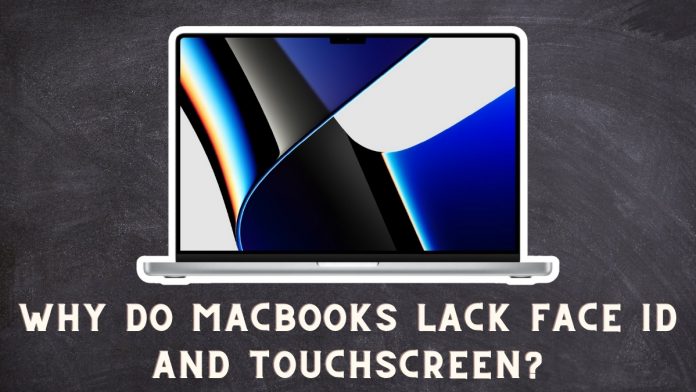 In a recent interview, Apple executives have finally given us the reason as to why Apple once again decided on the latest MacBook models missing out on both Face ID as well as Touch screen support.

Indeed lack of Face ID is perhaps the biggest criticism that happens to be associated with a MacBook. Many have been waiting and wondering as to when the technology will make its way onto MacBooks after it was of course introduced to the iPhone X – four years ago. And while there has been talks and suggestions that the feature will one day be available on these devices, many were left disappointed after finding out that yet another year goes by where the latest MacBooks haven’t made way for such features.

Both the models of MacBooks have actually featured with notches – very similar to what is of course also found on iPhones, however, even with these notches in place, the current model of MacBooks still feature without the convenience and the presence of Face ID. Nonetheless, the vice president of IPad and Mac production down at Apple has actually gone on to claim that the Touch ID configuration is much more convenient on a laptop due to the fact that your hands are already on the keyboard – and this was then the reason as to why Face ID does not make its way onto MacBooks.

Of course yet another topic of debate when it comes to Macs has in fact been touch screen support. People have indeed speculated that it has been kept in such a way so that Macs don’t cannibalize iPad sales. This does make quite a lot of sense actually, because Apple really does make sure that it focuses quite a bit on segmentation of its products – which ironically, is also quite evident when it comes to Macs not featuring with Face ID.

Meeting Between PTA and Proxima Beta