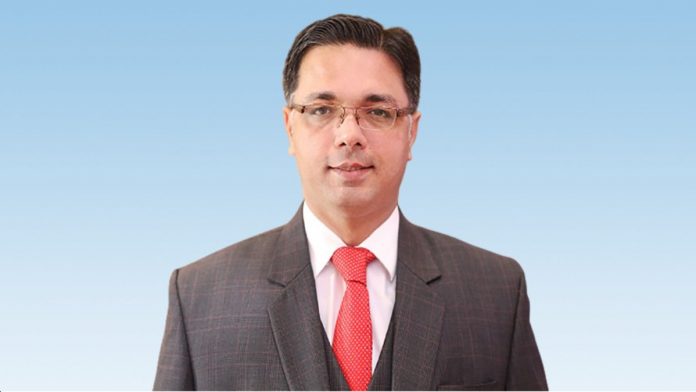 Muhammad Azfar Ahsan, Founder and the CEO at Nutshell Group is elected president of the Marketing Association of Pakistan (MAP) the supreme body for marketing in Pakistan. He has previously served MAP in different capacities, including the current position as Vice-President of MAP. Azfar has been the Minister of State and Chairman of the Board of Investment and Government of Pakistan.

Azfar is also the founder of the CORPORATE PAKISTAN GROUP. The group is Pakistan’s elite national intelligence, including officials from the government and corporate sectors and policy makers, academicians as well as journalists, defense personnel and the leaders and shakers in civil society.

Other office bearers who were elected as MAP members MAP for this year are Saqib Saleem, a member of Arif Habib Investments as Vice President MAP Jahangir Rasheed of Dalda Foods as Honorary Secretary And Asim Shafiq, a worker at Abbott Laboratories as Honorary Treasurer.

Azfar can be described as a pioneer who has brought growth and innovation to his various ventures. Azfar plans to revamp and grow MAP to be a global voice for Pakistan. He is hoping to use his knowledge as an influencer as well as a connector to the global marketing landscape and allow all stakeholders to work together for the best image of Pakistan.

Speaking about the event, Muhammad Azfar Ahsan expressed his deep gratitude to the industry for trusting in his leadership and for allowing him to contribute to the business and Pakistan in general.

“My goal is to build and extend the reach that is the Association across the nation, by introducing new members as well as new chapters that span the spectrum of traditional marketing as well as the new digital marketing. As a proponent of diversity, I’m looking at female leaders creating new ways of thinking about Marketing.”

As the founder and Chief Executive Officer of Nutshell Group, the parent organization that runs Nutshell Communications, Nutshell Conferences and Nutshell Solutions He has led and initiated numerous strategic initiatives as well as discussions in and out of Pakistan. He is planning to bring the same level of influence to MAP and help experts to present the most effective perspectives to the near future.

Azfar is the brains behind for two of Pakistan’s biggest corporate events – the LEADERS IN ISLAMABAD Business Summit (LIIBS) as well as THE Future Summit (TFS). Through these platforms , as well as numerous other initiatives, he has hosted hundreds of foreign guests in Pakistan in the last two decades.

Azfar was the chairman Azfar was the Chairman of MARCON 2016, Pakistan’s flagship marketing event. He supported innovation and creativity as the main drivers of business success. Azfar was honored with the Canada Pakistan Business Council (CPBC) in the year 2019 and was awarded the “Global Outreach Award” from them. In December of 2020 Azfar was honored by Azfar was honored by the US State Department featured Azfar on their list of the 80 chosen alumni from the International Visitors Leadership Program (IVLP). The 80 people were chosen from 225,000 IVLP alumni across the world. Then, in the month of May 20, 2022, his name was announced. won the “Global Visionary Award” for Global Connectivity to Businesses and Communities” by the BSV Blockchain Association, further affirming his dedication to modernizing business.

Azfar is a Member of the Board of Directors of the Institute of Financial Markets of Pakistan, RYTS Global (Rytsglobal.com), Make-A-Wish Foundation Pakistan, and the Advisory Board of Shaukat Khanum Cancer Hospital Karachi. Azfar plans to incorporate his experiences to help sustain the expansion of the MAP. His goal is to broaden the scope of MAP’s work to include all fields of expertise.

PDM Confidence On Resignation By Next Week