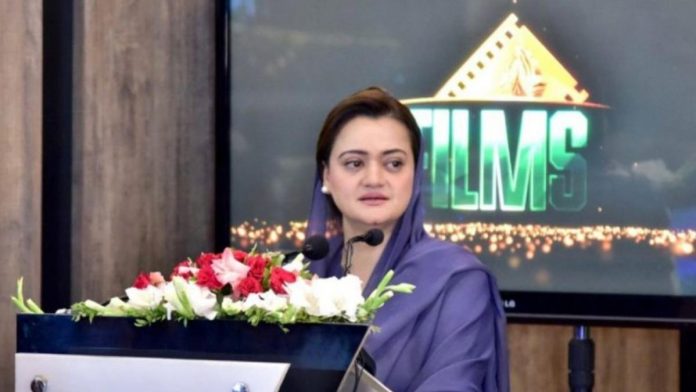 Wednesday’s opening of PakFlix and PTV Films Division by Federal Minister Information and Broadcasting Marriyum Aurangzeb was to promote new content and bring 75 years worth of rich content from the PTV archives to viewers in Pakistan and around the world.

This is not a simple task, but it will help to produce quality content. She explained that PakFlix, which would showcase the 75 years worth of rich content from the archives of PTV in the form dramas, films, and other genres, was also being launched in addition to the PTV Film division.

She pointed out that there is a large audience and market in Pakistan for this content, as well as abroad, among the Pakistani Diaspora. This project will be part of the 75th Golden Jubilee Celebrations of Pakistan.

She stated that there is no single platform for film industry communication with the ministry. Film is an industry that requires interaction with other industries such as finance, commerce, import and so on. A film directorate has been established to address these issues. It will give all actors in the film and drama industries one-window access into the ministry. She said that this would be in effect immediately after the budget for this year.

Marriyum stated that films are important in promoting tourism. The Prime Minister had requested a conference on Film, Tourism and Culture to discuss this issue. She stated that the government and industry had the right intentions and were heading in the right direction, which is the key to success.

She stated that it was a task she started in 2017, and was completed in 2018, when Pakistan’s first Film Policy became effective. Jamal Shah was also present when Pakistan launched its first cultural policy. She thanked him for this. Both of these were landmark accomplishments because Pakistan had not had a cultural or film policy in over 70 years. The absence of a film policy in Pakistan led to a boom in the Pakistan Film Industry. It struggled with unfavorable peaks and lows.

She stated that the film policy was developed through broad consensus among all stakeholders, including artists and executives.

She recalls how back in the golden age of PTV, the PTV TV screen was a major source of social etiquette for a vibrant and healthy society. The quality of content, despite all the technological advances in filmmaking and honesty in profession, is still not up to par with the previous masterpieces. Although the cinema industry used to be a family, divisions have destroyed the sense of collective interest. She said that the government is responsible for providing this platform for collective interest rather than individual interest.

Marriyum stated that PTV tried to join the race of private channels, which was not its domain or mandate. This is why it failed. PTV’s mandate is to create a national narrative, facilitate narratives that support it, and ensure that that national narrative does not get lost or overshadowed forever. This was the story of social values, tolerance and culture, as well as tourism, fighting terrorism and countering its impact on generations who have lived it.

Although long-term reforms are necessary, the Information Minister stated that it was very difficult to ensure their implementation within a time frame of just one-and-a half years. She said however that she made certain steps to accelerate progress in certain areas when she was Minister of Information and Broadcasting.

She spoke out about the lack of content for children in state and private broadcast media, as well as documentary and film. The entire generation was consuming foreign content for children. She also pointed out that PTV was going promote content that encourages healthy, non-confrontational dialogue and that news content would be reduced.

She thanked PTV officials and participants and hoped these efforts would bring back PTV’s glory days in line with modern technology and best practices.

A three-dose vaccine from China has been given the approval to...

SALMAN BUTT GETS A CHANCE AT REVIVAL AFTER HAFEEZ INJURY