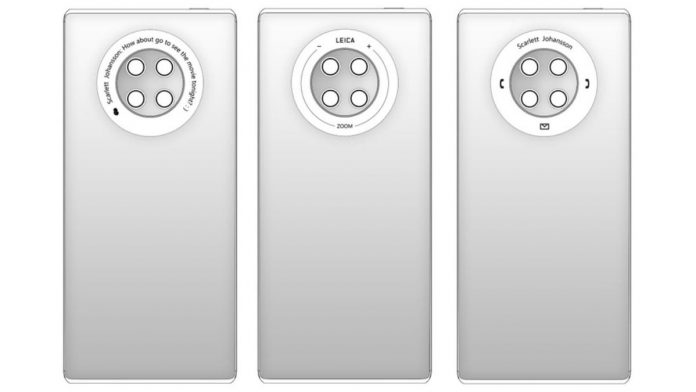 Huawei has gone on to release an official poster with regards to the company’s up and coming flagship device in the Huawei Mate 40. The poster proceeds on to reveal that the device will in fact sport a rather unique octagon-shaped camera arrangement and this seems to match the camera arrangement that was revealed by a patent which was in fact published by the CNIPA (China National Intellectual Property Administration) last month back in September.

The silhouette of the Mate 40 series goes on to reveal that it will in fact be the very first brand that will sport an octagonal camera housing. It also appears that the other devices that will make way within the series, namely the Huawei Mate 40 Pro, the Mate 40 Pro+, as well as the Mate 40 RS Porsche will may also be sporting the very same camera design. Also, the poster reveals a volume rocker as well as an orange-colored power button.

MyDrivers proceeded on to report that some netizens actually overlapped the poster with a mirror image, and it revealed a complete octagon camera housing and while for now it is still unclear as to how many cameras will actually be a available within the vanilla Mate 40, there is the suggestion that the Mate 40 Pro might boast a penta-lens camera setup.

Last month, LetsGoDigital took upon the decision to report a design patent for a full-screen smartphone which happened to be equipped with an octagonal camera housing, and this was filed with CNIPA on the 11th of last month. The render was shared by the same on the basis of schematics which were found on the patent filings. Now of course, it appears as if the Mate 40 series will be sporting the very same design.

While the design patent does in fact suggest that the smartphone might be equipped with an edge-to-edge display along with the aid of an under-screen selfie camera while also having an octagonal camera module and having as many as five cameras, it is unlikely that the Mate 40 will feature with an In-display camera.

Realme Pakistan to debut year 2020 with exciting device line-up this...

What’s all the hype surrounding the Pixel 4 Soli gesture tech...