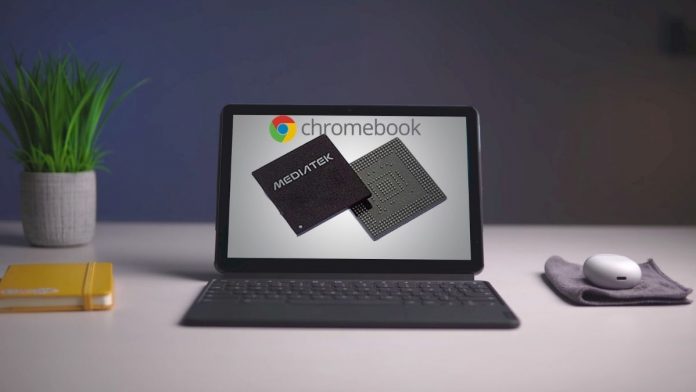 MediaTek has had a pretty remarkable year  mobile phone and TV market, According to a new report, we have found that the company is planning to launch a new processor for the affordable lineup of Chromebooks which will be similar to Apple’s upcoming Arm-based processors for their MacBooks.

Moreover, the senior Vice President and  General Manager of the Smart Device Business Group which are the top shareholders in MediaTek revealed the information to the Taiwan Educational Digital Transformation conference which was organized by the major players in the game such as Acer, Google, MediaTek, and Quanta in an event which happened yesterday.

Must Read : No extension for TikTok – says Trump

The executive for the company had reveled to the people in a joint interview that MediaTek has set its plans to launch a 6nm Arm chipset which will  power Chromebooks next year. The Chromebook market has seen a significant growth in recent times, more so than ever in this year mainly because of the pandemic that has forced several students to attend school in confinement of their homes .

Seeing that, more and manufacturers have set it as their number one goal to make  premium models which come with some pretty vast and more powerful features and command a higher price tag. The Taiwanese company has said that they will announce a 6nm chipset which they have called the MT8195 that will pack some powerful AI features, have Wi-Fi 6 and 5G connectivity. The processor will be manufactured by TSMC and will be similar to Apple’s Arm-based processors that will power its Arm MacBooks.