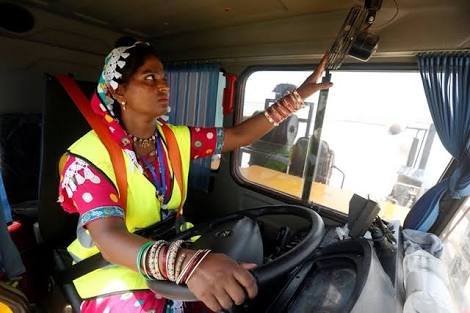 Here we are introducing you to an illiterate women inspiration for the student youth and the men and women as well.

This is a 25-year old mother of three namely Gulaban, who takes the burden of contributing in Pakistan’s 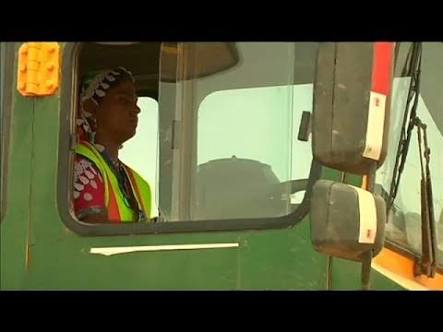 Though Pakistan bets on cheap coal in the Thar desert to resolve its energy crisis, this woman along with some others is trying to resolve the poverty problem in the country by inspiring others by truck-driving.

Yellow dumper trucks swarm in this area like bees.

Gulaban is basically a housewife and mother of three. She is from Thar’s Hindu community and was first nervous to drive 60-tonne truck.

But now she drives quite normally.

She is hopeful for the women to help themselves  meet their grim employment needs through such jobs.

She is one of the 30 women being trained to be truck drivers by  (SECMC) Sindh Engro Coal Mining Company.

SECMC is a local firm that digs up low-grade coal under the rolling Thar sand dunes.

But Gulaban stole the march on her fellow trainees because of her training as a car driver.

She inspires her fellow students and they hope for being drivers soonlike Gulaban, by learning by heart,  very soon. 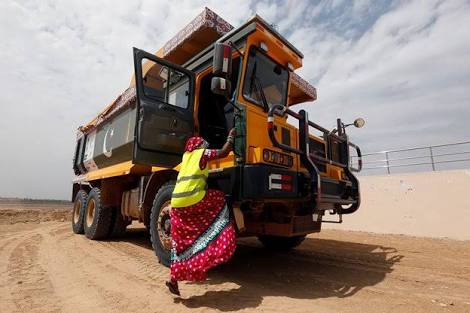 As of now coal, hydro and liquefied natural gas is at the core of Pakistan’s energy plans, SECMC, having about 125 dump trucks estimates need for 300-400 trucks once they burrow deep to reach the coal.

Gulaban is overcoming cultural barriers of the society.

Her husband remembers the way people in Thar used to taunt him because his wife used to drive car while he himself used to sit in passenger‘s seat.

Gulaban us on the way to throw the stereotypes out of the window by availing more opportunities ahead.

She is hopeful for a better future because she has witnessed other female trainees getting paid and getting their lives changed.

Pakistan to welcome 5 New Airlines within One Year

SBP to facilitate for Promoting Exports of Software