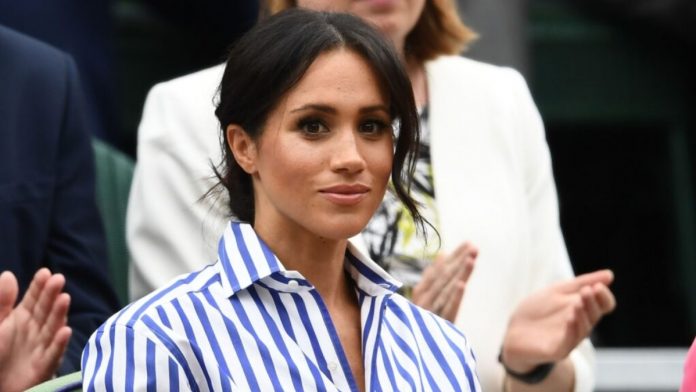 Meghan Markle’s lawyers are looking to settle on her lawsuit which was launched against associated Newspapers for invading her privacy and copyright infringement for publishing excerpts from her 2018 letter to her father, Thomas Markle.

Moreover, earlier today, Markle’s lawyers formally asked a British judge to settle the matter in favour of the plantiff before the case goes to a trial, making the argument that the publisher has “no real prospect” of winning the case in contention. Associated Newspapers is contesting Markle’s lawsuit, and the full trial is scheduled for commencement in the fall and will be held at the High Court in London.

Markle’s lawyer, Justin Rushbrooke while addressing a meeting, said that “At its heart it’s a very straightforward case about the unlawful publication of a private letter,”. Rushbrooke said Markle has every right to expect “a heartfelt plea from an anguished daughter to her father” would remain private, calling the publication of the letter “a plain and a serious breach of her rights of privacy.”

Must Read: A final parting blow by the Trump administration

Meanwhile, AP News, an American not for profit news outlet, reports that lawyers who are representing the Associated Newspapers argue that Meghan Markle made her personal information public by cooperating with a tell all which was titled Finding Freedom: Harry and Meghan and the Making of the Modern Royal Family, the book that talks about her and her husband, Prince Harry and the life they have spent together, a book which was released in August. Markle has denied any news of her talking the matters of her personal life with any of the royal reporters.

In contrast, the entertainment news outlet, ETonline spoke with one of the royal reporters and the author of the book, ‘Finding Freedom’, Scobie back in August. While talking to him, Scobie discussed about one major incident that has been discussed in the book, which regarding some sources telling him that Prince Harry got upset with his elder brother, Prince William, for warning him about the speed of his romance with Meghan Markle. As per the book, the talk on this topic yielded a conflict of opinions between the two brothers.

“There’s an important moment in the book where William sits down with Harry to sort of express some of his own concerns about the speed at which the relationship was moving — now that’s great brotherly advice, and especially if it was asked for,” Scobie spoke with ET. “But what we have to remember in the build up to that, that Harry was already aware of some of the things that were being said about Meghan within the institution.”

What do you think of the situation surrounding Meghan Markle, do you think that she will win the case against the alleged associated Newspapers, or will it be the other way around. Let us know in the comments section below!

UAE to grant Citizenship for any Foreign Investors and Doctors