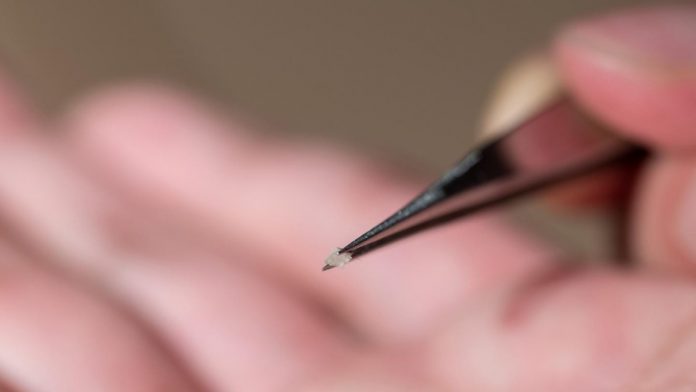 It seems that much of the future of how medicine will shape up will revolve around the medicine being hand delivered – but not by mail carries, instead, it is said that the life saving drugs that will be set out for tumors and others problems within the body will be smuggled and transported in the body using the aid of tiny, self-propelled microbots.

In a very recent study, a research team which belonged to China proceeded on to present this particular idea as the team took upon itself to design a new kind of bio-hybrid microbot which possesses the ability to use rather clever biological disguises so as to get even more closer to the source of the disease which exists within the body – this all to provide not only a targeted, but also a very effective treatment.

Of course it has to be said that tiny microbots are nothing new, and pretty much the same goes for disguising a robot as a bacteria or indeed using magnets so as to move them through the bloodstream. However, the fact that this particular microbot design has the potential to cross one of the body’s toughest biological barriers is in the blood-brain barrier (BBB) is what makes this specific design stand out from the rest.

As they happen to be designed so as to keep pathogens out and nutrients in, it has been a historic fact that microbots do usually find it rather difficult to pass through the very last line of defense due to the fact that the body treats these as a foreign invader.

A professor at the Harbin Institute of Technology in Zhiguang Wu, who happens to be an author on the study, said that the new microbots have the potential to overcome obstacles that have in the past hindered many conventional lines of medical treatment.

Also Read: Can we Really on Machine Learning When it Comes to Covd-19 Diagnosis?

The professor is reported to have said : “Such passive diffusion suffers from the long diffusion time, ineffectiveness, and block of biological barriers, which could result in strong side effects. The swimming micro/nanorobots, able to navigate into hard-to-reach tissues utilizing their active propulsion, hold considerable expectations for loading various drugs and actively swim toward the diseased sites for targeted drug transportation.”

How important might this all turn out to be?

As far as fighting off cancer goes, it is a well known fact that the more targeted the treatment, the better. This especially holds true when it comes to glioblastomas, or brain tumors. Considering the very delicate location that the brain happens to find itself in as well as the strong defense which pertains with respect to the BBB, drug treatment can indeed be rather difficult, and hence removing the tumor can end up requiring very dangerous brain surgery. Even in that particular case, often times it is the case where only 90 percent of the tumor can end up being removed.

However, making use of self-propelled, drug-delivering microbots, the possibilities do end up being endless as it could open a door for scientists thereby which they can get up even more close up and personal when treating tumors goes – in comparison of course to treating tumors with pills or indeed injections.

So, where did the inspiration stem from?

In previous times, microbots actually drew inspiration from the way a microbe or indeed a sperm moves through the human body. Light, acoustics as well as magnetic fields have all actually been used so as to propel them along an animal host’s body. Via the use of this, a wide range of biomedical tasks can actually end up being accomplished – including the cutting of a cell membrane, retention of delivered drugs in the gastrointestinal tract and also of course delivering drugs via the aid of an eye-dropper.

But even when we consider the fact that the researchers do have more control over the movement of these microbots when compared to typical drugs within the body, most of the microbot designs still face a rather big obstacle : the immune system.

The BBB of course happens to be one of the body’s toughest line of defense – if not the toughest. It happens to be very selective, semi-permeable defense layer which has the capabilities to allow nutrients such as oxygen, or even caffeine molecules to flow into the brain while at the same time, keeping pathogens out.

So as to spoof the BBB’s defense systems, the team has actually set out the design to be that of a Trojan Horse – much similar to a microbot that would rely on some biological camouflage in order to sneak through the barrier undetected.

Conclusion : is it all worth it?

The design and practicality of such microbots has indeed been discussed here, and everything does seemingly point towards a rather productive method thereby which many problems that the human body has faced in the past may be taken care of.

Effective and efficient solutions to get rid of disastrous diseases such as cancer and also havocs such as Brain tumors are big problems for scientists today, and hence the microbots can end up going a long way in fixing these issues.