How to run Linux on Microsoft Azure cloud? You can learn it. Linux is the operating system of choice on most public clouds. But on Microsoft’s own Azure, 40% of all server instances are Linux? That’s why it behooves sysadmins to pick up not only Linux skills but also to learn the way to run Linux on Azure. To make this easy, The Linux Foundation announces the availability of a new training course: LFS205 –Administering Linux on Azure.

This class gives an introduction to managing Linux on Azure. Whether you are a Linux professional who wants to learn more about working on Azure or an Azure professional needing to understand how to work with Linux in Azure, this course will give you the information you need.

Must Read: Are you a good person? Let sex robots decide it

John Gossman is Microsoft’s Azure distinguished engineer and Linux Foundation board member who says,  “With over 40 percent of VMs on Azure now Linux, we [want] … to make sure customers currently using Linux on Azure — and those who want to — have the tools and knowledge they need to run their enterprise workloads on our cloud.”

There is a real demand for such courses. As according to Linux Foundation General Manager for Training and Certification Clyde Seepersad the Linux Foundation & Dice’s 2017 Open Source Jobs Report did show, cloud computing skills are by far the most demanded by employers. 70% of employers, up from 66% in 2016, are seeking workers having cloud experience.

Before getting into the class, if you are new to Azure and Linux, must take Microsoft’s 20533C Implementing Microsoft Azure Infrastructure Solutions & The Linux Foundation’s Certified System Administrator courses.This class starts with an intro to Linux & Azure and quickly moves on to advanced Linux features and how they are managed in Azure.

Next, the course enters into container management, either in Linux or with Azure’s open source container technologies like Docker, OpenShift, & Pivotal Cloud Foundry. Later, the course covers the way to deploy virtual machines (VMs) in Azure and discusses about different deployment scenarios.

Once you have set up the VMs up, you will learn how to manage them in an efficient way. The class will conclude with techniques on how to troubleshoot Linux in Azure, and the way to monitor Linux in Azure using different open-source tools.

In short, you can expect to learn about:

■Advanced Linux features and how they   are managed in an Azure environment.

■Deploying virtual machines in Azure and managing them.

■Monitoring and troubleshooting Linux in Azure 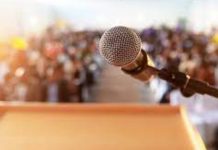 Learn How To Speak In Public Well 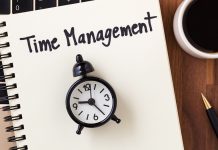 Having Trouble Managing Your Time? Use These Tips! 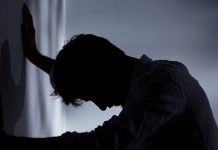 Easy Solutions to Depression That are Simple to Follow

How to watch the live streaming of Winter Olympics 2018