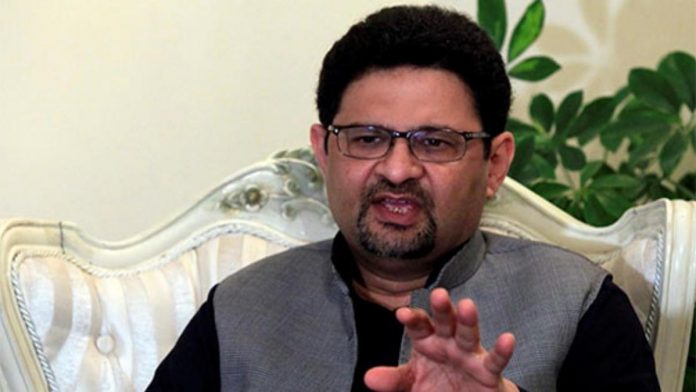 The Minister of Finance, Miftah Ismail, declared today that the country is paying for the wrong agreements and policies that the previous administration had reached with international monetary institutions.

He spoke to journalists in Karachi before heading to Doha, Qatar, for discussions to the International Monetary Fund (IMF) to resume the $6 billion loan program which has been in the midst of a stall since April. He said he would not be able to halt the removal of the subsidies for petrol and diesel, and stated that the prime minister Shehbaz Sharif had ruled out any possibility of ending the subsidy.

He claimed that the arduous requirements of removing the subsidies and the imposition of taxes on petroleum products is due to the previous government’s agreement to the IMF. The agreement signed by the previous Finance Minister, Shaukat Tarin, entailed that Pakistan was required to increase the cost of diesel by more than the amount of Rs. 150 and petrol by more than Rs. 100. The incumbent government does not want continue with the plan because it would cause a massive financial burden for the masses, Ismail explained.

The previous administration had announced a freeze of four months (until the 30th of June) of prices for electricity and petrol on February 28, to be part of a set of measures designed to provide relief for the masses.

Minister Miftah Ismail had criticised the previous government for sabotaging his IMF program, however, the minister hasn’t reversed the IMF’s decision regarding the subsidies.

He claimed it was because it was the Pakistan Tehreek-e-Insaf (PTI) government had signed the terms in the IMF “deliberately so that I find myself in a difficult position today.”

Minister Ismail said that former PM Imran Khan has always been a hindrance to the development of Pakistan. He blamed the 2014 sit-in by Khan for the delay of an Chinese presidential visit in Pakistan and said that his IMF team was scheduled to arrive to arrive in Islamabad to discuss the issue today, but was unable to attend due to the protests.

Minister also expressed his hope that they can reach an accord with the IMF which is the best interest of Pakistan and hopes to be back in Pakistan with positive news.