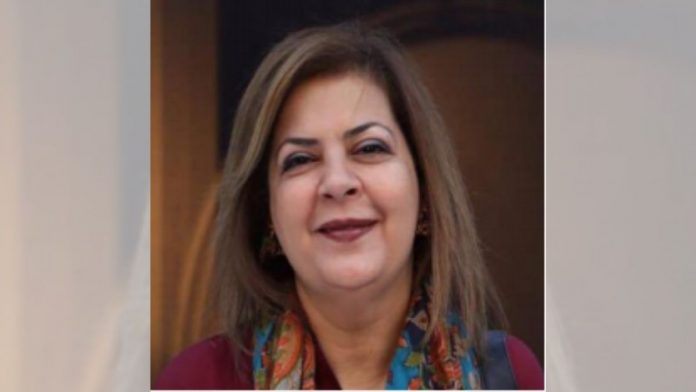 Misbah Ishak Khalid, the leading director and one of the most respected creative artists in Pakistan has joined RINSTRA Technologies as Chief Creative Officer.

Misbah is an award-winning media professional. Being one of the most innovative filmmakers in the industry, she is known for her filmmaking technique and subject
treatment. Misbah is also working closely with the Federal and Provincial Governments on public policy design for the entertainment sector.

Misbah has been a storyteller since the age of 12, when she shot her first film in grade 6. Her passion for acting was nourished by legends like Fatimah Suriya Bajia, Haseena Moin, Mohsin Ali, Shoaib Mansoor and Zaheer Khan. She was part of the team in Afshaan at age 17 and later played important and leading roles in Ankahi, Shaheen, Front-Page etc.

Her enthusiasm for linguistics was supported by the Government of France and she was trained as a linguist in Paris. Misbah later joined the advertising industry as a copywriter. The director/producer is also the winner of the United States Agency for International Development‟s scholarship for creative skills, she specialized in television production from the prestigious Center for Media Arts, New York.

Misbah has been one of the pioneers for private television productions in Pakistan. She has been a team member of the Network Television Marketing (NTM). She launched one of the most innovative programs of that time, the „Music Challenge‟.

Misbah Khalid has been part of GEO TV, AAJ, HUM Network and ARY as Head of Content.
However, she preferred to work with all the leading channels in Pakistan as a freelance directorand producer. She has well over 100 dramas and shows to her credit. She is multiple HUM Award winner for her various series and prodcutions.

While she is committed to her professional life, Misbah Ishak has also being passionate about a few subjects that are very close to her heart. She is an active member of the Samina Alvi Task Force on Breast Cancer and making society more inclusive for differently-abled people, which has been recognised on a national and international platform. She has also been very conscious of the environment and the climate change challenges faced by Pakistan. Misbah has worked on campaigns for “Million Tree Tsunami” and responsible waste management as well as recycling initiatives for Karachi.

Must Read : Robert Pattinson talked with Christian Bale before “The Batman (2021)” filming began

On joining RINSTRA, Misbah Ishak says, “RINSTRA is an amazing concept and a fantastic platform. I sincerely believe that creative people in Pakistan are marginalized, due to not being recognized as part of a vibrant industry in the country”, she adds, “RINSTRA will create an ecosystem, where the creative people, especially our youth, will have opportunities to explore new content, new stories and new ideas. RINSTRA is a platform for our young filmmakers and storytellers to tell their own story, their way. To Discover, Create, Showcase and Monetize.”

Dr. Adil Akhtar, Co-founder and Chairman of RINSTRA
said, “we are delighted to have Misbah Ishak as the Chief
Creative Officer for RINSTRA. Her experience in the
creative industries in Pakistan will be a source of
inspiration, both within and outside the organization.”

He further elaborated, “Misbah‟s experience will also help
RINSTRA in curating its Content Advisory Committees for
the production of flexible, creative and diversified topics
and genres. Misbah Ishak is leading RINSTRA in making it the first
platform in Pakistan for short films and web-series, a new
wave of media innovation in the country, encouraging
new ideas with a qualified outlook.”

Apart from being heavily involved in the media world, Misbah is a social activist who promotes women and advocates Women‟s Rights in Pakistan, giving them a platform to be uplifted with confidence. Misbah‟s status gives her the opportunity to represent the country, on both National and International forums. She has been involved in the Jury for many events and festivals which have been monumental in putting Pakistan‟s name on the global map. Misbah has also been the Project Head of the Karachi Film Society, Women in Focus and has been involved in organizing the Pakistan International Film Festival as Chief Organizing Officer.

RINSTRA will create an ecosystem, where the creative people and especially our youth to
explore new content, new stories and new stars”. It’s a platform for our young filmmakers and storytellers to “Discover, Create,
Showcase and Monetize.

RINSTRA was conceived and incubated by DICE CAM (Creative Art & Media) Platform of DICE Foundation. The initiative was further developed by inviting the key professionals in the Pakistani media industry, specializing in media management, news and entertainment content creation and production designs etc. The RINSTRA platform will be opened for viewers later this year, while the platform for content creators has been opened through the interactive site www.irinstra.com

Rinstra Technologies is registered in Pakistan as a limited by liability company under the
companies ordinance 2017 of the Securities and Exchange Commission of Pakistan. The
leadership and management of Rinstra represents the key media professionals in Pakistan, Middle East, Europe and the North Americas. RINSTRA was incubated by DICE CAM (Creative Art & Media) Platform of DICE Foundation since February 2020 and is scheduled for global launch in November this year.

BUMMED ABOUT PSL NOT COMING TO LAHORE? ATLEAST GET YOUR TICKETS...

These are the fashion ruling people, trends, and items of 2018