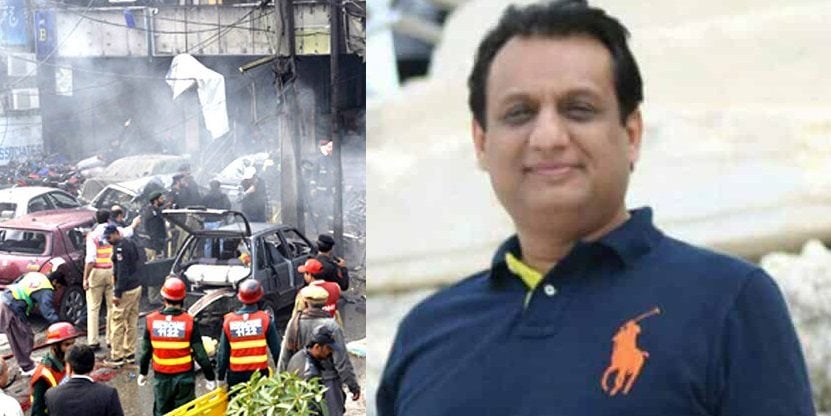 Lately, a horrible wave of terrorism has struck Lahore. On February 13, Mall road got hit by a drastic blast killing 13 people and now Z Block of DHA has been targeted by the blood shedders killing 8 people among which Moazzam Paracha, head of Airlink Communication, has also been killed which is a huge loss to the telecom industry of Pakistan.

Other than telecom industry, Paracha ventured out for tourism and traveling as well.

He was willing to step into the food industry and was in search for a suitable avenue for his new restaurant. Paracha was exploring different avenues as well.A company official utters, “Moazzam Paracha came there for food testing as he is set to start another venture by starting a restaurant in Defence Z-block market”, he added, “his demise is considered a major loss for the communication industry.”

He was rushed to the hospital but he was entirely capitulated by the wounds and lost the race of life.

As per analysts, all this situation is created to sabotage PSL finale.  Shoaib Akhtar says, PSL is going to be a vigorous brand in future, delivering a worldwide message of Peace, therefore, rivals got the opportunity to devastate the notion of peace, massacring many lives.

Easy and simple ways to block your lost Smartphone in Pakistan