Mobiles a necessity but a negative one. Have you ever wondered, a device which was invented or developed in 1973 named as Mobile phone could make so much impact on your life after 45 years.There is no doubt that mobile phone is one of the best gadgets made for communication but nowadays it is more than a necessity?

It was supposed to make our lives easier but with the constant advent in technology, however after developing into a smartphone in 1992, somehow it made the lives complicated.

Smartphones are harming our life in so many ways that if start listing all possible harmful effects then it might take forever, as every year we are discovering new dimension of effects.

There are lots of other ways a mobile phone can be your enemy of your social life,apart from some health issues.

In this article, I’m going to discuss how a mobile phone can harm your mental, environmental and social life. Today the people are using the mobile phones on a huge scale. Despite the facts thesesmartphones are used for the various useful purposes, they have negative impact as well. People not only used them for calling or text,the horizon has extended to use internet, camera, music and games.

Nowadays, everywhere you look, you see people walking down the street with their eyes glued to the small screen in their hands.
The problem starts early, probably during the pre-teen years. Nowadays parents give their childrensmartphone in middle-school and all through high-school. The kids carry around their cell phones everywhere they and even while they attend classes. The problem forms here.

The main unit of a society is family. Due to the excessive use of internet and social media on smartphones the family members in single family don’t pay attention to others. After work or school, everyone glued to their smartphones and there is no personal interaction between family members.

Mobile phones have created less unity with families and the people around them. For example, in a gathering on lunch at restaurant everyone is busy on their phones taking selfies or making food photos to share on social media while ignoring the people who’re just sitting close.

Moreover, instead of enjoying the company of others, people usually spent more time to take selfies on social gatherings.

Instead of having a get-together, people spent their whole days sitting in a room using social media apps like Facebook, Instagram and Twitter. These apps were created to make social life easier but it seems they are making it more complicated. As a result, people turn into unsocial and less communicative which is not good for a society.

At this rate of moral values’ destruction, our next generation is not going to ever be able to connect with another person, tackle someone, or talk to someone face to face. Due to this, people skills will have quickly declined, because when a person is writing, he or she feels safer. He is more confident that he would be in person.The ability to communicate personally has higher impact than communicating oncell phones. In the same way, for a job/college interview, you cannot just send a CV or resume.

Must Read: Xiaomi to reportedly enter in race of foldable phones

Similarly, the students can’t concentrate in studies and they waste the time to use the smartphonesfor playing games, listening music and watching videos instead of getting study material from internet.On the other side, parents are powerless to have the control on the activities of their kids.

To communicate with each other, teen boys and girls use the mobiles and involved in activities they should not supposed to do. Furthermore, the teens use the mobiles to watch the adult content as well and this puts extremely negative impact on their life.

Through internet it’s easy to make bullying speedier, harsher, and it never goes away. Cyberbullying is made faster with cell phones as people do not have to use a computer anymore for this purpose. In colleges and universities, cyberbullying is turning out a normal thingbut it can lead people to depression and misery, eating disorders, make people feel bad about themselves, and to even become suicidal.

As they say “excess of everything is bad,” same goes for smartphones as the extra usage of the smartphones causes the wastage of the time and money. The main objective of smartphoneis to make calls, text and use internet while you need it. However, in current scenario people spend many hours on internet using social media apps and chatting.

For instance, as per a research in clinical science, scientists found that extensive use of Wi-Fi enabled device like mobile phone can do unseen damage to male productivity.

Extensive use of mobile phone can cause the problem of eyesight. It is extremely harmful for eyes if we use the mobiles for long time to play games, watch videos or to use the internet. Moreover our mobile phones emit radiations which are really harmful for human beings.

On the other hand, the habit of putting mobile phone under the pillow while sleeping is equally dangerous as it can damage our cells.The radiations emerged by the mobile phones cause different health problems in our body.

Environment is basic part of human ecosystem and mobile phones are creating a dangerous effect on our environment including birds, mammals and pet animals.

In a research it has been revealed that honeybeesdistract from their home path due to the radiations emitting from signal poles/towers of different mobile networks.

In addition, it has been observed that the animals/birds which are more exposed to radiations emerging from these mobile phones or towers have many abnormalities in comparison to those who haven’t witnessed these types of radiations.

In a nutshell, mobile phones have many negative impacts for the people but it doesn’t mean that we should not use the mobile phones at all. The aim of this invention was to make our life easy. Like every gadgets it has also pros and cons and it depends on us. It can be used for many useful tasks, if we use it in right way. 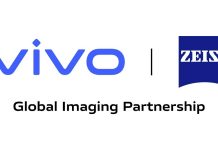 HTC to launch its upcoming Android flagship on May 23rd