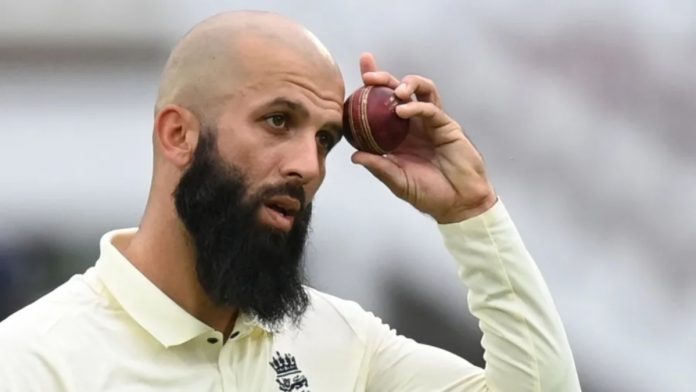 England’s experienced All-rounder Moeen Ali is set to announce his retirement from cricket in order to continue his career in white-ball formats, British media reports claimed.

Moeen Ali had already made contact with the captain Joe Root and head coach Chris Silverwood of his decision.

Moeen Hasn’t played much test cricket following the 2018 Ashes was called back to play in the recent game at home against India.

As per reports he’s not comfortable with the idea of being away from family members for prolonged periods.

Also Read: Virat Kohli has Decided to Step Down as the Captain of the Indian T20I Side After the World Cup

He was able to make up his mind long before COVID-19 protocol was shared with the England and Wales Cricket Board (ECB) for the Ashes tour to Australia.

He is currently located in the UAE and is participating for Chennai Super Kings in the IPL.

Moeen Ali will continue to play white-ball cricket in England as well as County cricket in Worcestershire and also for the domestic Twenty20 tournaments.

He’s still an element of England’s plans for the forthcoming T20 World Cup in the UAE and Oman.

Moeen was in the process of becoming the only 15th Test player to record 3,000 runs and 200 wickets after five Tests against India was postponed because of COVID-19’s threat.