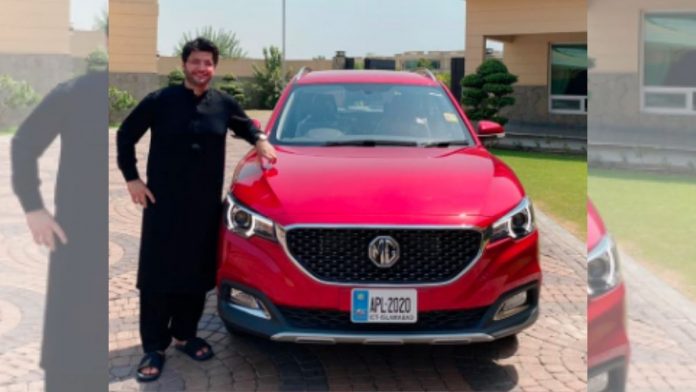 In his most recent social media media post, Javed Afridi has additionally indicated the dispatch of Morris Garages HS and ZS-EV hybrid small SUVs in Pakistan.

Afridi has posted a photograph on Facebook that features the force and force figures, mileage, 0-100 km time, and the quantity of airbags of a couple of famous Pakistani vehicles. The said photographs additionally incorporate the two Morris Garages vehicles for example the HS and the ZS-EV.

The ZS EV is an all-electric rendition of the HS that has a 44.5 kWh battery that controls a front-mounted electric engine that makes 105 kW (140 pull) and 350 newton/meters of force.

The ‘trophy version’ of the HS can be had with included highlights, for example, red calfskin inside, sport mode switch (at the focal point of the controlling wheels), paddle shifters, 360 view invert camera, “Trophy” identification outside, a punchier 1.5 liter turbocharged petroleum motor with 7-speed DCT sportronic transmission.

Since it is a smaller hybrid SUV, it is probably going to go facing any semblance of Honda Vezel/HR-V, Toyota C-HR, Corolla Cross, BAIC X25, and other minimized hybrid SUVs in the market, with a sticker price between 4.5 million and Rs. 6.5 million. Subtleties are yet to be uncovered on whether the vehicle would be a CKD unit or a CBU.

Truth be told, the mysterious idea of Afridi’s post, featuring only the specs of the vehicle and zeroing in just on the quantity of airbags, the inquiry stays, with respect to whether this specific vehicle is really coming to Pakistan. After this post, everything we can do is pause and guess.

Pakistanis say YouTube is the no.1 online video and music platform