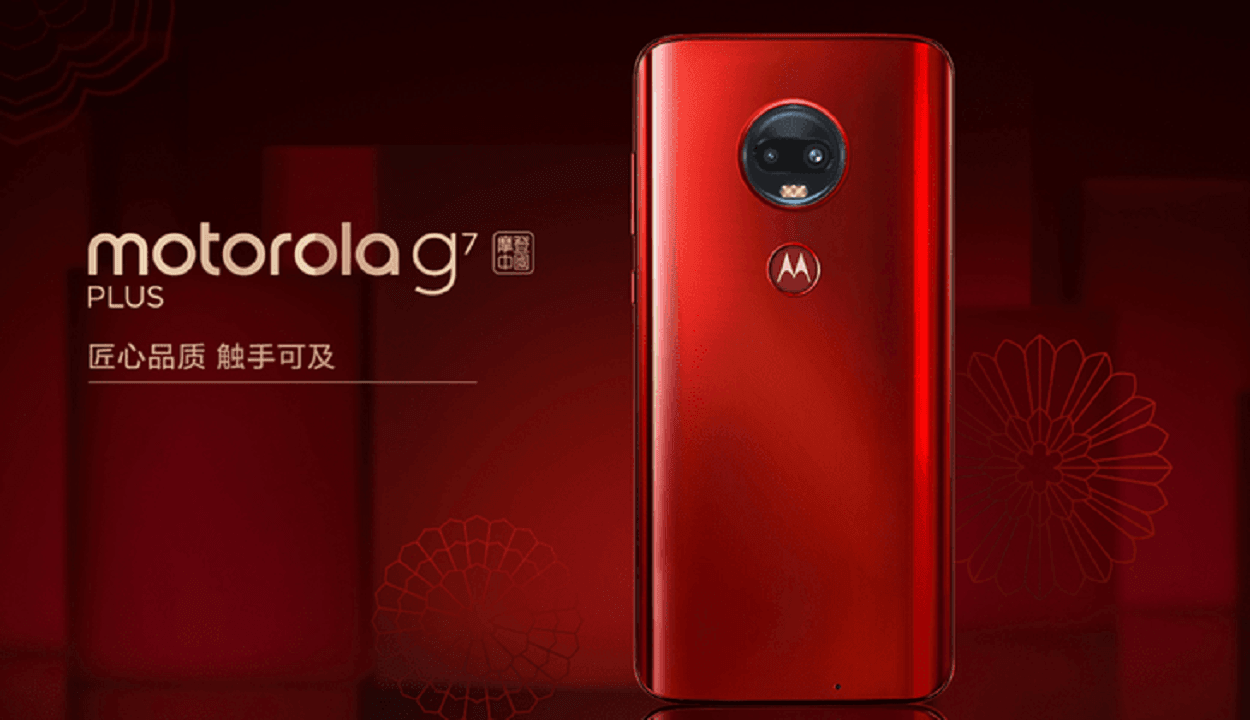 In its most recent market move, Motorola has gone on to launch the Moto G7 Plus in China. The phone comes in as a mid-ranger, with two stunning colors of Viva Red and Deep Indigo. Some would also recall the fact that the Moto G7 was unveiled first on the 8th of February in Brazil, with the unveiling of the phone taking place alongside the likes of the Moto G7, the Moto G7 Play, and finally, the Moto G7 Power. However, it was actually hinted by Motorola itself that the G7 Plus will be the only model that would be launched in China this year.

The G7 is a quite sleek phone with a stunning and beautiful 3D curved design coming with the protection of the Corning Gorilla Glass. The phone features with a 6.24-inch display, along with a resolution of 1080 x 2270 pixels. The display of the device features with a waterdrop notch, which holds the selfie camera. Since it is a mid-range device, it features with the Qualcomm Snapdragon 636 – granted it could’ve been a bit better when you compare the processors with some of the other mid-range devices, it does guarantee a smooth and fast experience. The version based in China is available either with 4 or 6 gigs of RAM, while both of these variants come with the option of 128 gigs of internal storage only.

On the camera front, the phone features with a dual camera setup of 16MP + 5MP, and as for the selfies, there features a 12MP sensor on the front of the device. One of the major selling points of the phone will without doubt be its battery : as the device features with 27-watt fast charging, which has the ability to give users 12 hours of power with just 15 minutes of charge. The phone also features with a rear-mounted fingerprint scanner, dual band VoLTE, dual SIM card slots, as well as NFC.