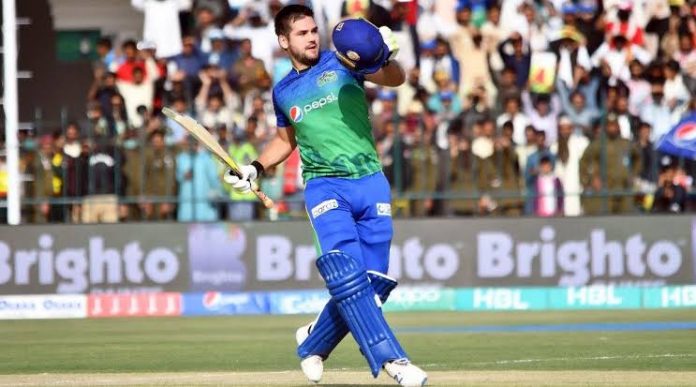 It seems that Multan Sultans have finally struck gold with the addition of some new players who are playing an impressive role in taking the franchise up the ranks of the 5th season of the Pakistani Super League. One such addition is that of the South African Left Handed Batsman, Rilee Rossouw. The formidable cricket player is proving day in and day out that he is a match-winner and his batting prowess was in full glory against the reigning champions, Quetta Gladiators. Roussow has gotten his hands on the record for the fastest half century in this season of the Pakistan Super League (PSL), taking just 23 balls to get there.

Later, he converted his fifty into the fastest ever century in the history of PSL, achieving the feat in just 43 balls. It’s the 7th PSL century overall and the maiden century by a Multan batsman.

The innings for the Sultans had a pretty rocky start but as the match went on the Sultan batsmen were in full flow, they managed to take the overall score of the team to a huge target of 199, all thanks to the amazing knock played by the South African batsman. The previous fastest fifty in this edition belonged to Peshawar Zalmi’s Liam Livingstone who scored an amazing half century in just 25 balls. Colin Ingram previously held the record for the fastest ton by scoring the a century in just 50 balls last season for Karachi Kings. After Moeen Ali’s dismissal, Shan Masood and Rossouw rebuilt the innings to give themselves a chance to give it a heave in the later overs. Rossouw ended with 100*, including 6 sixes and 10 fours.

Moreover, the Multan crowd was truly amazing and that is not where things ended, Pakistani and Multan Sultan fans showed their love to the amazing innings played by Rilee Roussow on Twitter and after seeing such love, Roussow expressed his utmost joy at being part of this team and thanked the supporters for their amazing support

PSL 8 matches to be played at Bugti Stadium after 27...

Predict and Win with TECNO; PSL 7 begins in full swin