The Pakistanigovernment is looking to introduce the National Job Portal, in an attempt toconnect all the youth which are certified on the basis of what their potentialemployers might look for. Not only will the portal be subject to launch underthe Prime Minister Youth Development Program, but a mobile app with regards tothe portal will also be made available, to make proceedings a bit smoother.

Usman Dar, who is a special assistant on youth affairs had been given a briefing on the proposition, and this briefing had taken place on Wednesday.

Must Read: Some basic online job hunting tricks to follow for career building

The portal will be a platform which will aim to reduce the gap which is present between the ones looking for the jobs, and those looking to provide jobs – and such a platform will be made available on both the local and the international market.

In the most basic of terms, the National Job Portal will be a bank with regards to data, as it is supposed to take in all the info with regards to a person’s education, their expertise and set of skills etc. Hence, this will make it easier for any employer to approach a suitable candidate, all with respect to the employers’ demands and requirements.

Govt Of Pakistan Launched Job Portal for all Skilled Youth

On the occasion, Dar shed light on the idea by saying that it’s of revolutionary sorts and stated that he, along with everyone involved hopes that such an initiative would not only benefit the employees, but also the employers.

When exactly the portal is set to launch is still unclear thus far, however, it is expected that the portal will roll out with the Youth Policy which is also linked to the Prime Minister of Pakistan – Imran Khan. This is expected to be announced later in the month. 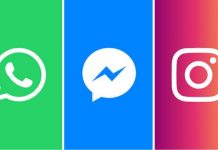 What jobs are likely to be obsolete in the near future?