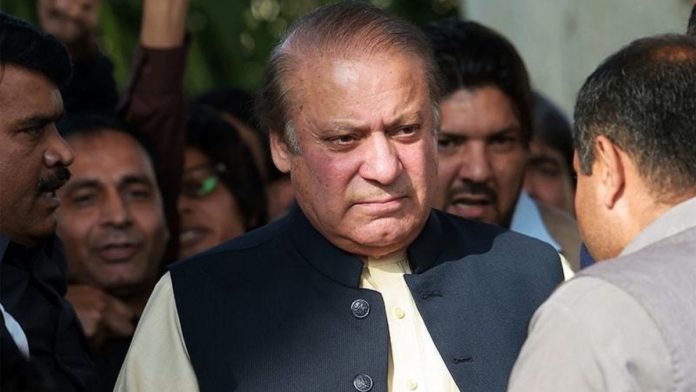 PML-N supremo Nawaz Sharif on Sunday, while tending to the much-advertised PPP-facilitated multiparty meeting in Islamabad, said that the resistance’s battle was not against Prime Minister Imran Khan however the individuals who brought him into power through the 2018 decisions.

He was tending to the gathering, pointed toward formulating a system to expel the PTI-drove alliance government, through video interface from London. The discourse denoted the dismissed PM’s political rebound after over a year. He has been in the UK since November a year ago for clinical treatment.

“Our premier need ought to eliminate this chose government and this framework. Our battle isn’t against Imran Khan,” said Nawaz. “Today, our battle is against the individuals who introduced Imran Khan and who controlled decisions to bring an unable man like him into force and along these lines, crushed the nation.”

“On the off chance that change isn’t brought, it will carry irreversible misfortune to this nation. It is significant that our military avoid our legislative framework as indicated by our Constitution and the Quaid’s discourse, and not meddle with the individuals’ decision. We have made this nation a joke in our own eyes and globally too.”

Before a break for lunch, the speakers — PML-N’s Nawaz and Shehbaz Sharif and PPP’s Asif Ali Zardari and Bilawal Bhutto Zardari — were joined in underscoring the “requirement for a strategy”.

Nawaz began by expressing gratitude toward PPP director Bilawal Bhutto Zardari for facilitating the gathering just as Zardari, saying he would not overlook the affection with which the previous president addressed him daily before.

“I am appreciative to the coordinators of the meeting for allowing me the chance to talk. Despite the fact that I am away from my nation, I realize very well what condition the nation and the individuals are in. I accept this is a conclusive turn; it is important to ensure majority rule government […] and take dauntless choices.”

In a sweeping discourse, which fixated on scrutinizing the Imran Khan-drove government, Nawaz talked on the “helpless state” of Pakistan’s economy, “decaying” global relations, “gagging” of media and “debasement inside the PTI and Bani Gala”.

“The nation’s head continues pestering about accountability yet he himself is engaged with raising sugar costs. Will no reference be documented against him?”

He additionally rehashed the resistance’s claim that the National Accountability Bureau (NAB), with the conspiracy of PTI, was doing just “particular accountability”.