Xiaomi is Chinese company which produces state of the art mobile phone technology along with some pretty amazing accessories, such as earphone or smartwatch as well. Through its amazing culture of leadership and management in the company, Xiaomi today are one of the most rapidly growing companies in the world, but now we find some changes in the management. The company have officially announced the appointment of a new Vice-President and Chief Financial Officer, by the name of Alain Lam in August this year. The company recently also disclosed that the new CFO who has officially resumed duty at the  Beijing headquarters. Mr. Lam will be responsible for coordinating and managing the Group’s financial work and report to CEO Lei Jun and President Wang Xiang.

Must Read : Global Tablet Shipments to see a massive decline

Alain Lam who is just 46, has a master’s degree in engineering from one of the best universities in the world, University of Oxford. He has over 20 years of investment banking experience under his belt and has previously served as a managing director and the head of technology, media, and telecom in the investment banking and capital markets department of Credit Suisse in the Asia Pacific. Before landing this job, he served as the managing director at Morgan Stanley covering equity capital markets for technology, media, and telecom in the Asia Pacific.

Moreover, on November 29, 2019, the Chinese giants announced their new Executive Director, Senior Vice President, and former CFO Mr. Chew Shou Zi to has been assigned the role of President of International of the Group by job rotation and will continue to serve to his full potential as the Executive Director and Senior Vice President. Mr. Wang Xiang was subsequently appointed as the acting CFO since April 10, 2020, until the CFO Search Committee was able to locate a suitable candidate to serve as the CFO. 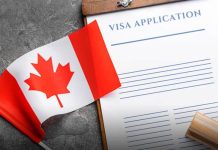