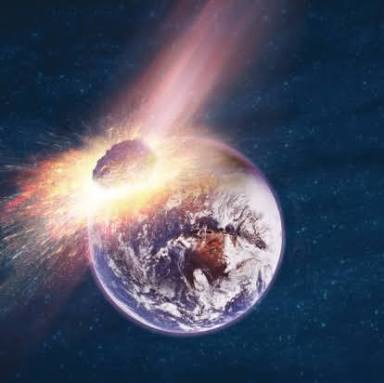 I remember the year 2012 when 21st December, Friday, was expected to be the doomsday but at about 10 pm when nothing happened all the day, everyone was laughing at me because I was gone paranoid due to the belief in the expected apocalypse.

But that year, my parents kept on making me understand what I am doing now to others that apocalypse claims have come and gone over the years and there is nothing to believe in.

Why? Because after this year’s anticipated doomsday on 23rd September that has been postponed to take place in October is again making people paranoid.

People spent their past Saturday wrestling with more than just a hangover and now through several have lost their belief, some are still waiting for October event to let their lives and as the world is going to meet its end.

Why do people believe?

Multiple hurricane landfalls and the scenes of catastrophic damage have driven people’s belief in the apocalypse for the complete destruction of the world by some natural disaster.

Millions of people who lost their homes and business and got their families destructed were in Hurricane Harvey,  Irma and Maria, were deadly convinced by the anticipation of an apocalypse.

Viral videos and conspiracists predicted September 23, 2017, as a mark of the end of the world. A Christian author David Meade did a lot to make people believe in the apocalypse. He claimed that the world would end when Planet X, or Nibiru, would crash into Earth.

But the event has been postponed because this past Saturday nothing happened any crash. Now, Meade says Saturday didn’t mark the apocalypse. And he expects a series of disasters over the course of weeks.

Harvey and Irma) are foreshadowing the upcoming destruction.

Senior Nick Earl doesn’t believe in planet X theory because he never heard about it.

The reason behind his disbelief is the fake theories of four apocalypses because none of those come true. He is veteran because he doesn’t foresee anything happening actually.

To me, it is just like a story of that herdsman who kept on calling people for help because a lion was preying his sheep. But when people came to help him he just laughed saying “I was kidding”.

And I think we should believe that the 2009 movie “2012” was just depicting a fictitious story, not the truth. And now, like Mayan Apocalypse of 2012, Nibiru destructor is just an internet hoax. 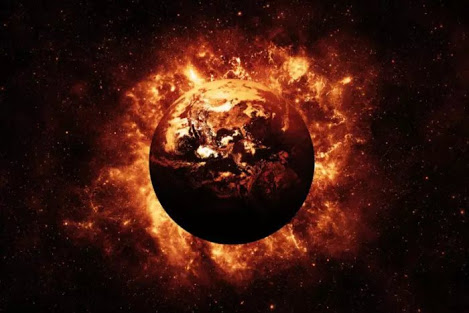 According to my experience students are badly impacted by such kind of claims and as I can remember the time when I dismissed the school in 2012 because there was no use of study as the world was on the way to its total destruction.

So students, unlike that Quinnipiac student who was dismissed out of the probability of a supposed doomsday,  we should not believe in such kind of false predictions.

And the teachers at schools like Senior Kayla Mistretta should point out the past false claims that had no factual basis.

There is no scientific fact behind these conspiracy theories and the most influential thing to call these theories “fake” is that “none of them come true”.

NASA has debunked Meade’s apocalyptic claim as a hoax but Meade is constantly claiming that his predictions were misinterpreted and the actual happening is scheduled on October 21st  this year.

We can say that October will be the month of action and because Meade predicts seven years of war and disaster starting from October 21st,  we should take precautionary measures to meet that tribulation period; if we believe in the prediction.

Though I don’t believe in the theory, many of you will believe because Meade predicts an unseen planet “Nibiru” (also called Planet X) beyond Neptune.

I believe the doomsday will be postponed again and the new schedule will be uploaded on October 22, 2017.

To believe in such kind of predictions or not to believe depends upon your mentality. I don’t believe because I can’t afford paranoid feelings as I suffered in 2012. But want to know your opinion in the comments either you believe or not.

I would not laugh at the people who believe Meade’s perception because I know I am on Earth. And this is the planet where eclipse can do harm to the physics and mentality of the expected baby.