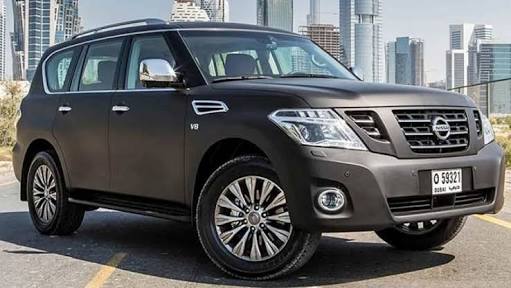 Looking for a car that can hang onto its value after it’s purchased? Nissan Patrol is your best to meet your consideration.

CarSwitch.com says that it’s retaining percentage to be higher than the overall average of about 80 %.

CarSwitch.com is a UAE platform for purchasing and selling certified used cars and it claims that the Japanese brand keeps the best resale value one year after purchase. The brand retains 85 to 88 percent of what the buyer initially spent.

Here are the top seven cars with the best resale value in 2017:

The co-founder and chief executive of CarSwitch.com Imad Hammad said that used car price is affected by many factors.  He adds “from supply and demand fundamentals to promotions on the price of the car new to the colour, specific features, and condition of the specific used car at hand”.

Transactional data from 7000 buy and sell requests on company’s site enabled it analysing the cars that depreciated the least and possessed the best value for money.

The resale percentage of the cars is based on average resale values of the most popular cars one year after their purchase.

Different research from CarSwitch.com holds the view that Toyota leads in the secondhand popularity stakes with an 11 percent market share because of its Land Cruiser models.

Well, Nissan was close behind with a 10 % share with the Altima and Patrol models leading the charge.

The chief systems and innovation officer Bill Carter at Autodata a vehicle data company says that due to having built a good reputation for quality and reliability in UAE’s climate the Japanese brands are preferred in case of buying second-hand cars.

This has become the tradition of car buyers since many years and last year Japanese brand was also on top making the same ranking  2nd time this year.

However, the Honda Accord got the second position with the 3rd ranked Ford Edge last year.

Both slipped in the rankings and the Honda Accord took the sixth position and the Ford Edge took seventh this year.

Depreciation accounts for over 60 % of the annual cost of owning an according to CarSwitch.com.

CarSwitch.com also says that vehicles do lose about 1.5 times more value in the first year (20 %) as compared to subsequent years when the depreciation rate falls from 10 to 15%.

Dubai: A beggar pocketed AED300,000 and got arrested

The Joker (2020) looks set to cross a milestone