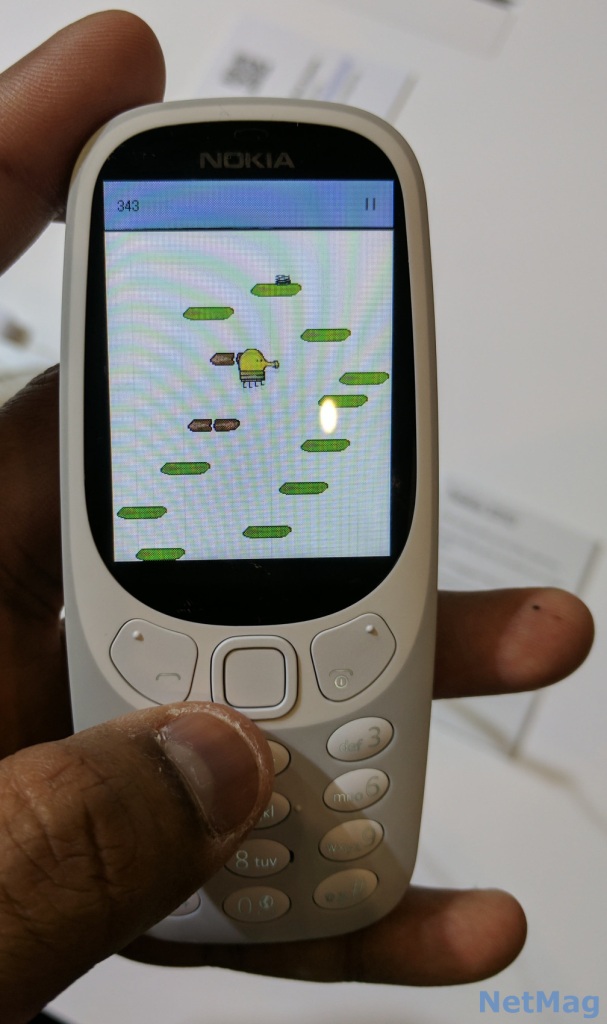 Amidst a wave of nostalgia of classics, the 3310 is finally back. The original Nokia 3310 was launched back in 2000 and was one of the most popular in the history of phones with 126 million units sold around the globe. One of Nokia’s massively iconic devices, it was also popular for being extremely durable along with many other features.

After being discontinued for several years, Nokia has relaunched it in February 2017.

We have gotten our hands on the review unit, so we can see what the 2017 refresh of the original Nokia 3310 has to offer us and if it is actually worth buying.

You can hold it quite comfortably and it will not slip out of your grip.

New Nokia 3310 is available in Blue, Warm Red, Yellow, and Grey. The color you’ll see in this review will be a Grey color. 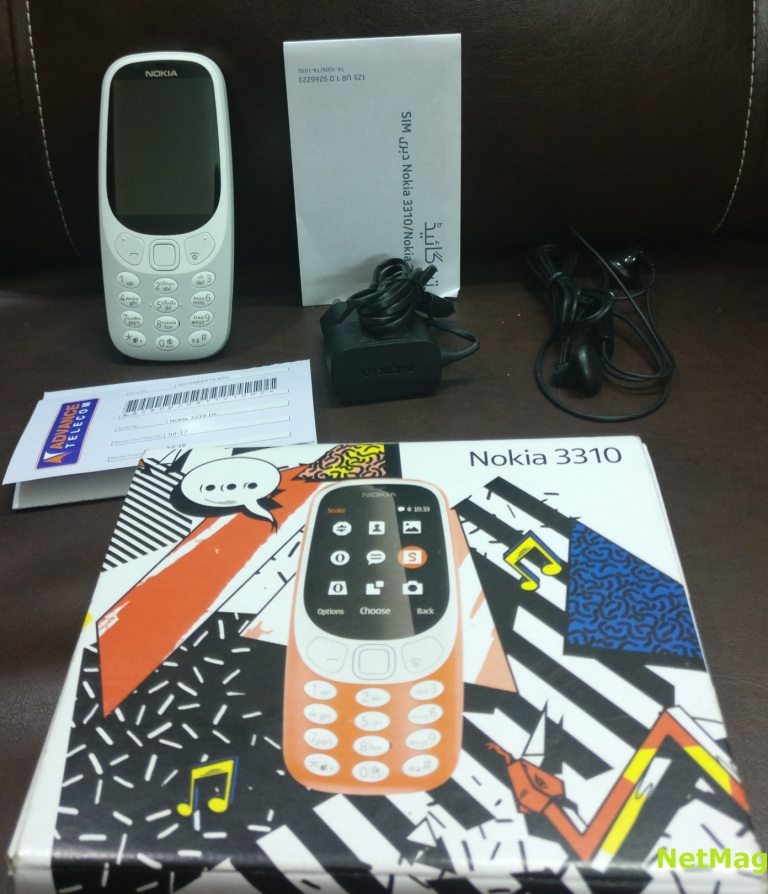 We starting with the design of the new 3310 that features the same candy bar form factor as the original 3310,

There is a distinctive border line around the display that is going all the way around the directional-pad and the 2 keys on either side of the handset. We get a standard alphanumeric keypad at the front of it. On the top of the display, we have our earpiece above the Nokia branding. While moving on to the back of the handset, we get the primary camera, an LED flash, and a loud speaker along with the Nokia branding on the back cover.

At the bottom of the phone we have the 3.5mm headphone jack and finally, on top of the phone, we get a standard microUSB port for charging. 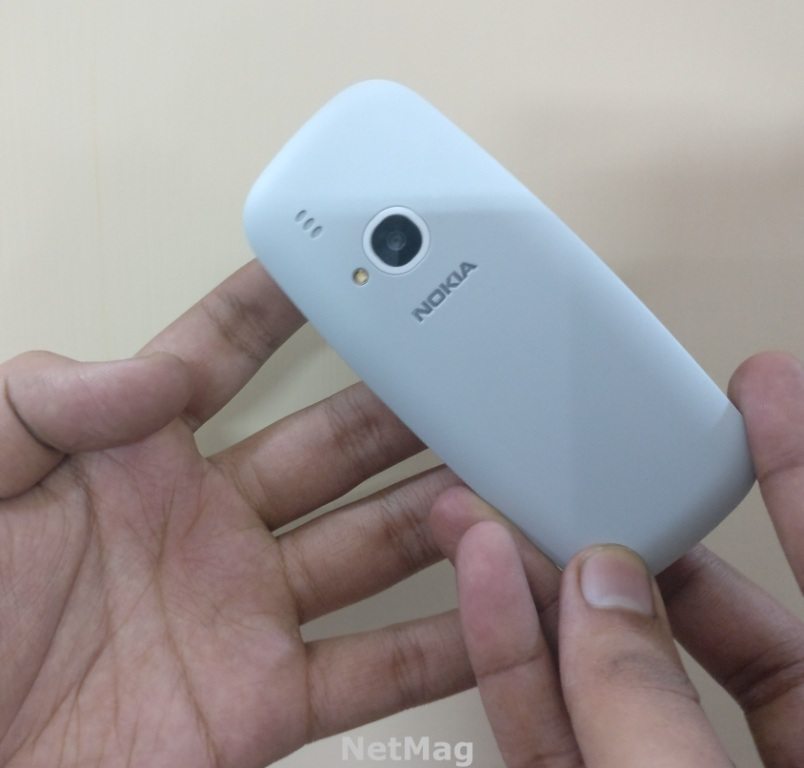 Firstly it is now in color and the controls are mostly the same as we were expecting. You can either control the snake while you are using the d-pad or the 4 and 6 number keys on the keypad.

The standard game mode of the phone that we get to play to is a timed one where we have to eat as many apples as we can under a specified period of time. The levels progress up and up as we get better high scores and the difficulty increases. Or we can play the survival mode where all of us have to do is eat apples and survive for as long as possible from bombs and eating ourselves.

It was really fun to play this game once again on Nokia phone and it makes us happy to say that it did not turn out to be a disappointment.

The Nokia 3310 features a 2.4-inch screen with a resolution of 240×320 pixels resulting in about 167 pixels per inch that are enough to get the job done but nothing spectacular. 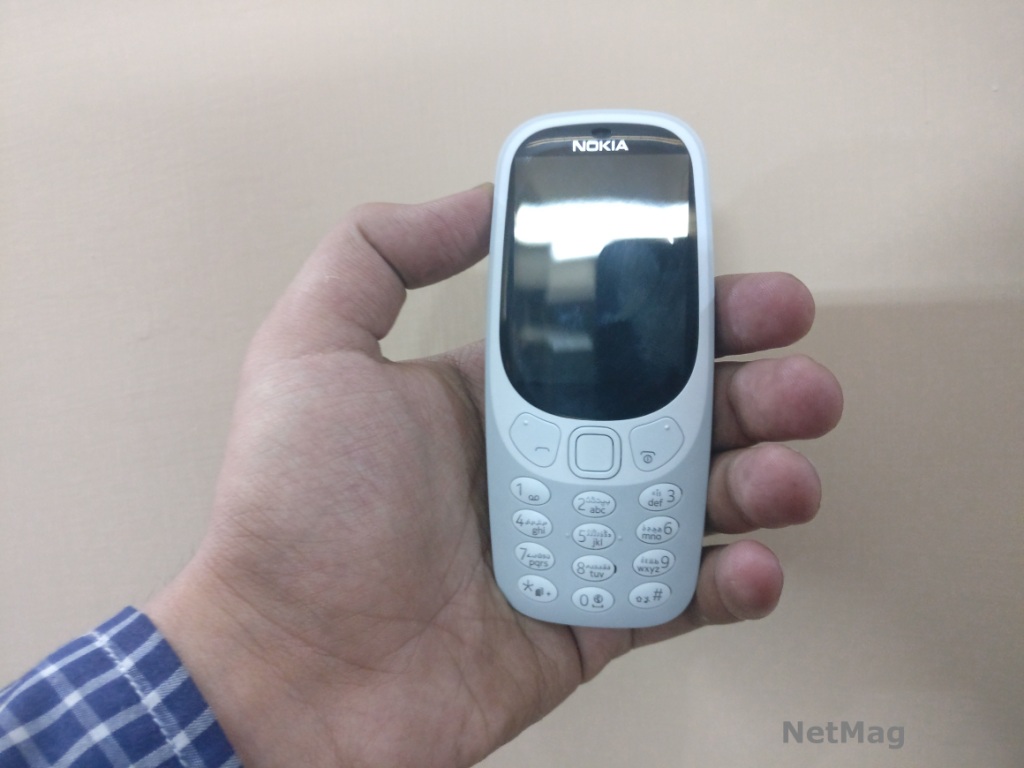 Gracing the Nokia 3310 is not the greatest and latest version of Windows Mobile or Android, but the Nokia Series 30+ software,  the software has been developed by MediaTek. The 3310 comes with a large variety of stock apps and even an application store.

Some of its apps include Contacts, Photos, Messaging, the Internet, Calendar, Converter, and lot many of other apps that you hope to come pre-installed with any other OS in the market.

The OS that has an Opera browser itself is easy to navigate using the d-pad available. The software also lacks WhatsApp.

The iconic Snake game is back on the new 3310, though it is gotten a bit of a makeover and the snake looks nothing like the original as it is now in phones color with same control Buttons.And you have to eat as many apples as you can under a specified amount of time.

The 3310 follows the modern phones by including dual-SIM card slots and a microSD card. Its  2.5G instead of  3G or 4G and unavailability of wifi is really disappointing. It does have Bluetooth 3.0 enabling you to share pics and songs with other devices.

Camera better than many feature phones

The 3310 did not come back to join the war of specs, nor does it want to encounter any flagships smartphones for its lost classic glory.

The new 3310 has a camera, unlike the previous phones one and the sensor is fixed focus 2MP along with an LED flash. And picture quality if not very well, is not as bad as one can expect. And video recording is also very bad. 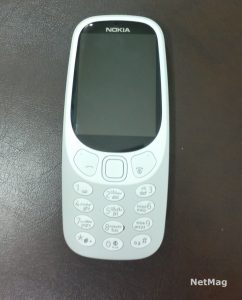 Looking at the Nokia 3310 in the present age of modern smartphones, you can’t estimate how such a device can exist or have been even built in the modern age. The popularity of 3310 is soaring through the roof and people are going crazy to have it. It looks like the new in the thing that every body should have now. Why 3310 is gaining such massive popularity? Nostalgia is the only answer.

So if you are drawn to the nostalgia coming alongside the new 3310 for Rs. 6,500, please, by all means, buy the phone and you won’t be disappointed if you don’t prefer money to classic.