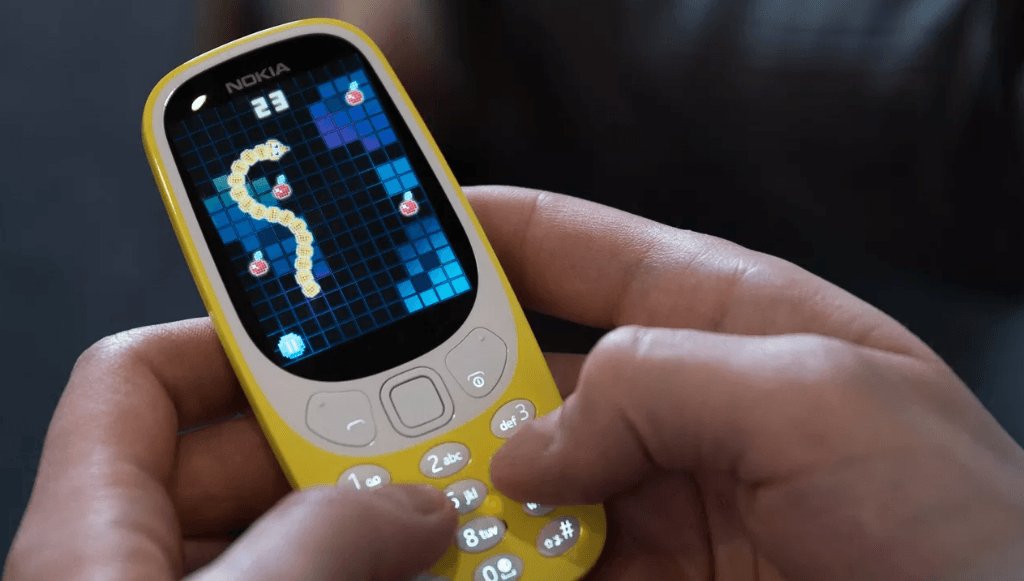 After 17 years of its first launch,  redesigned   Nokia 3310, smaller and sleeker than the previous model, is back now back with a one-month battery life on standby. It comes with Snake. Relaunch took place in ahead of this year’s Mobile World Congress in Barcelona.

This version of Nokia 3310 will half the weight of the previous version which sold around 126 million units before it was discontinued in 2005.

The phone is developed by HMD which acquired a license to use Nokia’s brand name for ten years. HMD sells its phones in developing markets but Nokia will be sold worldwide.

It will use 900 MHz and 1800 MHz. The frequencies typically used for 2G communications before 3G, 4G, and mobile data.

MicroSD card support up to 32GB

Available in gloss red and yellow and matte blue and gray colors. It will cost  €49.

The phone will be released in the second  quarter of 2017. Visit nokia.com / phones.  For details.

According to Carphone Warehouse,  demand for the new Nokia 3310 is “astonishing ” he termed it had seen “un-level of demand for a feature phone ” after a week of unveiling.

“There has been a groundswell of interest in the Nokia 3310 following the launch announcement of this reimagined classic”.