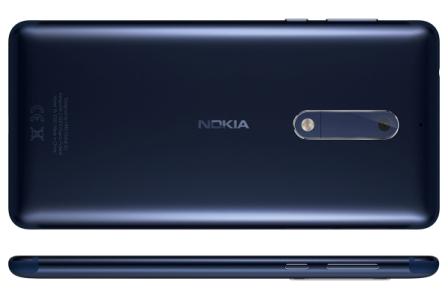 So many of us have been waiting patiently for the release of Nokia 5 for months and today finally HMD Global has responded to our crying demands, and we finally know that today is most probably the day of launch of Nokia’s mid-range smartphone in Pakistan and today is the best to avail this most awaited Nokia phone.

Nokia took responsibility of wowing us all this year, first, it wowed us with the power show at Mobile World Congress (MWC) 2017 and later on with the actual release of its smartphones Nokia 3, 5, 6 and the revival of Nokia 3310 the market-shattering step of HMD.

Though already Pakistanis can get their hands on Nokia 3 and 3310, Nokia 5 has evaded the reach of Pakistanis but the situation has been changed as the company has officially launched the smartphone on 25th July 2017, means today. The price of the smartphone is around Rs. 21,000.

Quite recently, HMD Global has confirmed that its Nokia devices will soon be receiving the Android O in their smartphone and us Pakistani users will also get our hands on the latest OS update now.

◆Internal Memory: 16GB (expandable via MicroSD card up to 256GB)

HTC U11 Life to launch later this year

Several flagships from Samsung are now getting May security update

Samsung is expected to get $22 billion from iPhone X’s OLED...