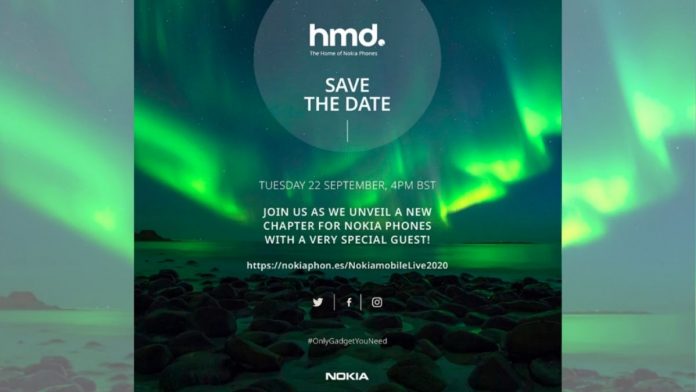 In the most recent turn of events surrounding HMD global, the company has gone on to announce that it will launch a couple of new phones this month.

Juho Sarvikas – who happens to be the Chief Product Officer of HMD global has gone on to suggest on Twitter that HMD global will indeed be unveiling new Nokia devices on Tuesday, the 22nd of September. The event will be live streamed.

While for now we have no teaser so as to suggest what phones the company will proceed on to unveil that particular day, it has indeed been suggested though that HMD Global will announce the Nokia 7.3 on the particular day. Nonetheless, taking into consideration the fact that in the tweet the  executive from the company mentioned that there will be a new line-up of phones – it is only right then to suggest that new and other phones will tag along with the Nokia 7.3 – that it is of course if it arrives in the first place!

Must Read : LG Wing Leaks with a Look at The UI

As of now, there also exists the possibility of HMD global announcing new feature phones at this particular launch which is also said to be the host to a “very special guest.” For now, this is only a possibility and it may not end up happening at all – but we will soon know exactly what the company has in store.

Samsung denies the rumours that it plans to stop selling Exynos...

Rumors: Google Pixel 3 with iris scanner to be launched on...

iPhone series sees strong sales – but has the mini disappointed...