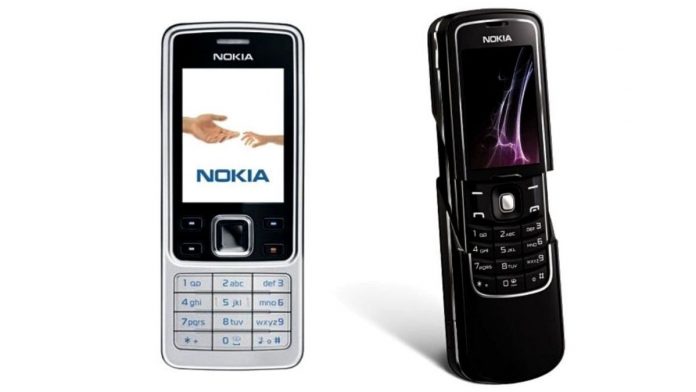 Over the course of the last few years or so, in addition to concentrating and developing a wide variety of amazing flagship mobile phones. HMD Global-owned Smartphone manufacturers Nokia has been focusing on the relaunch of some of their legendary feature phones from the 2000s, which shows that the company plans to stay true to their roots. The most recent remake from the company comes in the form of the classical Nokia 6300 4G which was first launched back in 2007. Along with the Nokia 6300 4G, the giant company have also announced the Nokia 8000 4G, whose design puts way ahead of other feature phones available in the market.

Moreover, the Nokia 6300 4G does not look  like the original in terms of its design except for a power button which has been placed at the top. Moreover, unlike the other feature phone remakes, this particular device does not give the user that feeling of nostalgia. In contrast, the new phone comes with a 2.4-inch TFT display coupled along with a 240 x 320 resolution.

On the other side of the new revelation, we have also found that Nokia have also launched the Nokia 8000 4G which may well be the company’s best-looking feature ever released. The phones comes with a glass-like shell and a finish which is somewhat similar to the NCVM coating seen on a lot of smartphones present in the market today. It is also worth noting that, the curved keyboard which is integrated with the display and the frame gives it a modern vibe. The phone comes with  a 2.8-inch screen coupled along with a 240 x 320 resolution and an 4:3 aspect ratio.

The new feature phones are powered by a Snapdragon 210 processor alongside a  512 MB of RAM and 4 GB of built-in storage which carries support for SD card. At the software front, the KaiOS handles that particular aspect for the phone. The most significant upgrade coming in both smartphones is that they carry 4G support and a Wi-Fi hotspot. They are also equipped with a GPS, Bluetooth, dual nano-SIM support (select markets), FM radio, and an audio jack. In terms of the camera setup, the Nokia 6300 4G packs a 3 MP rear camera sensor while on the other hand, the 8000 4G features a 2 MP sensor on the back. Both handsets come packed with a 1500 mAh battery which can be charged via a MicroUSB port. As per the company, the battery will last up to 27 days in standby and provide more than 3 hours of 4G talk time.