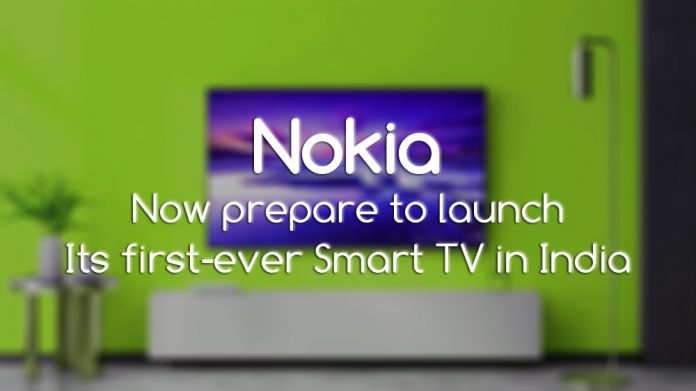 HMD Gobal’s, Nokia debuted in the the smart TV market somewhere in December last year and since then, the company have expanded their presence in the industry over, especially in the last couple of months with new models and now reports which all claim that new and improved Nokia TVs are coming out soon and fans are looking forward to these devices. Moreover, Nokia’s website for Indian coverage has confirmed that new Nokia Smart TVs are coming tomorrow, they revealed this by posting a teaser on Nokia’s website for India.

As far as the details are concerned, so far no details were revealed in the teaser, however, an earlier report from NokiaPowerUser claimed that there Nokia will be launching two variants in their new line of TVs, a 32-inch model and a 50-inch model. In terms of the design, it does not appear to be too different from last year’s Nokia TV. The two TVs were reportedly certified by the Bureau of Indian Standards in August.

Must Read : TCL Trying to Revive Android Tablet Market With One of its Own

Furthermore, the report from NokiaPowerUser shows you a different version of the teaser image which says that the TVs will feature Onkyo speakers. What we found strange about that particular revelation is the fact that Nokia TVs feature JBL speakers which is rather surprising and as it stands, we are yet to see why it would switch to the Japan-based Onkyo. The Nokia Smart TV expected to run on Android 9 with pre-installed apps such as Netflix, Amazon Prime, and Disney+ Hotstar and so on. The smaller 32-inch model may have 1080p resolution, whereas the higher-end 50-inch variant is expected to go up to 4K. The 32-inch variant is expected to be the cheapest in Nokia’s Smart TV series.As mentioned before, the TVs will be officially announced tomorrow.