A chiplet-based design is used in the design of these graphics cards. As a result, they are the first graphics cards in the world that use the company’s RDNA 3 architecture format. Basically, GPUs are made up of two main components called a Graphics Compute Die (GCD) and a Memory Cache Die (MCD), each of which is comprised of a single semiconductor. In comparison to the GCD, the MCD keeps the traditional 6nm node and features the newer 5nm process.

READ MORE: Mosquito nets to be imported from India despite local capacity

As part of the GCD, there are new compute units, a new display engine, and a new dual media engine that are all based on RDNA 3. The new MCD has a 64-bit memory controller and 2nd-gen Infinity Cache that will guarantee peak memory bandwidth of 2.7 times more than the previous MCD.

There are three graphics cards in the latest lineup, the top-end being the RX 7900 XTX. The top-end RX 7900 XTX comes with 24GB of 384-bit GDDR6 video memory and a 96GB Infinity Cache. The device can be powered by two 8-pin connectors on its board and has 96 compute units and a maximum power limit of 355W.

It seems that the manufacturer only has a few first-party benchmarks on display this time around, and there is no information provided that can be compared against the competition. It is also worth mentioning that the RX 7900 XT didn’t receive any benchmark results either. We’ll have to wait for third-party reviewers to get their hands on these new GPUs to get an accurate picture of what to expect from AMD’s latest offerings.

READ MORE: There has been confirmation from Qualcomm that Samsung Galaxy S23 will only use Snapdragon processors 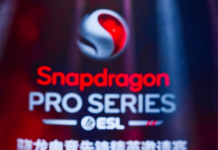 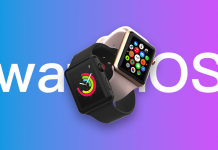 Gmail receives approval to proceed with plans to destroy its spam...

Zoom allow users unlimited meetings on the 27th of November