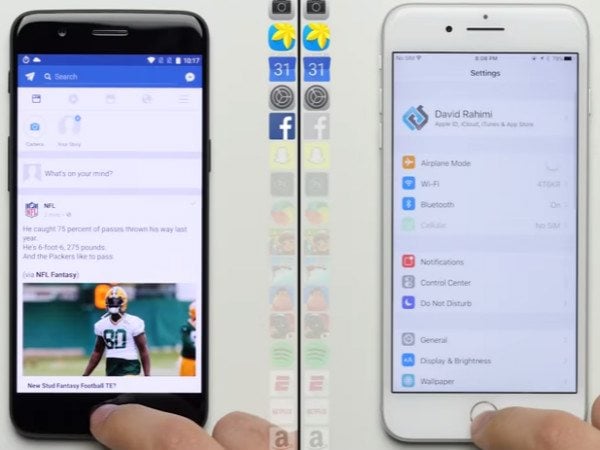 Since the start of the competition between the two platforms, the latest smartphone device from OnePlus has become the first Android device to beat an iPhone. The two smartphones OnePlus 5 and iPhone 7 are much similar to each other in outlooks and specs.

Smartphone comparison reviews a focus on the speed tests of each smartphone. As each smartphone can manage when carrying out certain tasks. Benchmarks have been used to compare devices for as long as smartphones became mainstream. However, a new way of testing has been launched and it does not rely on the technical parts of the devices. Rather than running benchmarks for the devices, YouTube users and other video channels have devised ways of comparing the speed of smartphones by how fast they launch an application for the first time, in addition with how fast the app can be launched from memory. An Android device has successfully beaten an iPhone for the first time.

In these tests, the same application had been launched for both devices at the same time and the time taken to completely launch it was measured. In the same test, the iPhone 7 Plus was observed quicker than the OnePlus 5 by a small margin. The second test energized opening the same app from the memory of the phone. In this regard, the OnePlus 5 took the title of being the faster device of the two in what becomes the first time an iPhone was ever beaten by an Android phone.

It must be known that the iPhone 7 Plus has 3GB RAM while on the other side the OnePlus 5 has 8GB. It is thus reasonable that this larger RAM would make it easier enough to recall data than the smaller one found in the iPhone. However, other devices with better specs on paper have been failed to beat the iPhone as observed from flagship devices such as the Samsung Galaxy S8 and Google Pixel series of devices.

The OnePlus 5 looks much like the iPhone 7 Plus from the camera position, the flash, and the position of the logo along with dimensions. Possibly, OnePlus has created a better iPhone than that Apple.

Unlikely for the Nokia 9 Pureview to be unveiled On the...