OnePlus, just last week, released its latest flagship phone, the OnePlus 6T. OnePlus as a whole, has always touted its devices as being ‘flagship killers’, as the devices offer top notch performance and specs, at a much lower price, when in comparison to some of the competition that is present on the market – the best example of this coming from the likes of the Galaxy Note 9, and the iPhone X, as both the phone climb the thousand dollar mark, OnePlus’ devices remains under $600, while providing pretty much the same features as some of these thousand dollar phones.

In fact, even for the upgraded models, the price always seemingly stays below $600, as this was the case with the OnePlus 6T. The phone is a newer version of the OnePlus 6, and while offering the latest of Qualcomm, with the Snapdragon 845, and up to 8 gigs of RAM, the phone still comes under the $600 price tag.

Must Read: Scientists confirm super massive black hole at the center of our galaxy

So basically, if it hasn’t already been made clear, the 6T, much like the phones prior from OnePlus, is for those who want a flagship Android experience, and don’t mind compromising a bit to reach a much lower price tag. It’s true, you won’t actually be getting water resistance, and neither will you be getting the cameras that are found on some of the more expensive phones, such as the Note 9 or the latest Pixel, however, just consider the fact that with the OnePlus 6T in mind, you’d be getting one of the most cleanest forms of Android – and to some of an extent, even a better experience than on Google’s own phones, and this all with a rather sleek, and futuristic design, plus blazing fast performance.

What if you already have a OnePlus device?

If you have a OnePlus device, like the OnePlus 6, or even the OnePlus 5T, then there probably wouldn’t make much sense for you to upgrade. The overall experience on the 6T is almost pretty much the same as these two previous models, except for a few minor improvements, such as a smaller notch, a larger battery, and an In-display fingerprint scanner. So all in all, if you do have a 6 or a 5T, then it probably wouldn’t make much sense to upgrade, however, if you OnePlus device is even older than this, then, considering the fact that OnePlus is at the peak of its powers right now, it would probably be smart for you to upgrade. 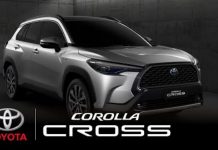 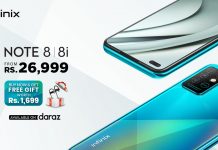 OLX record investment in Carfirst will be a massive game changer...