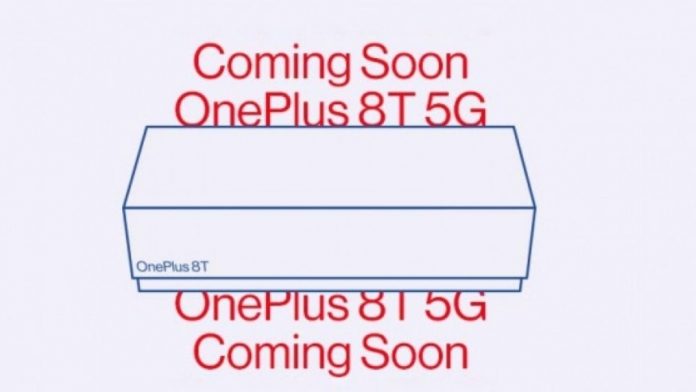 Chinese manufacturer OnePlus has gone on to reveal that the company will soon be launching its nest flagship device in the OnePlus 8T 5G. Indeed the company took to its social media handles on both Twitter and Instagram to reveal the name for the phone and announce that it will be “coming soon.” It was previously tipped that the phone would launch on the 14th of next month.

The OnePlus T series phones usually bring about small upgrades over the OnePlus flagships that are launched in the first half of the year. It is expected though that this time, the T series device in the OnePlus 8T 5G will bring about some major upgrades as well as design changes. For instance, a leaked render actually proceeded on to show that the phone would actually make its way with a chunky Galaxy S20-like camera module placed on the back. It is has also been reported that the device would in fact make its way with the support of 65W fast charging – this of course a major jump from the 30W charging solution that was seen to be there on the OnePlus 8 Pro.

Must Read : Xiaomi is working on releasing their cheapest 108MP camera smartphone

The front of the device though is likely to be the same as the OnePlus 8 – though with a 120Hz refresh rate. A punch hole is said to house a 32MP selfie camera, while the rear side of the device is set to comprise of a camera setup consisting of sensors : 48MP + 16MP + 5MP + 2MP configuration.

Wait is Over OPPO kicks off the first sale of futuristic...