Online cab services at your home- Choice is yours. Why wander around on the roads looking up for a ride when the service can reach your home without any extra charges? The online cab service is now in your country adding up to your comfort. As you can see the technological developments are progressing day by day benefitting the humanity and everything now just requires a click to reach up. Though Pakistan is among those countries where technology reaches after it is well established in other western countries.as evident from online cab services, which are the normal mode of transportation in rest of the western, European and middle east countries who are already enjoying the perks of “service at home”. Pakistan is the country where online taxi services have just been introduce, making good business in a short span of time.

The first mode of conveyance to reach Pakistan that fell in online cab service category was Metro Cab present in four cities of Pakistan: Karachi, Lahore, Islamabad and Multan, making it the most widely available taxi service in Pakistan. This was followed by Careem, a company established in 2012 in Dubai, directing its motive to ensure handy, trustworthy and comfortable mode of transport. Careem has expanded its business reaching the roads of Middle East’s 26 counties and African countries and now Pakistan is the new destination where it has started operating in various major cities.

It established its network in Pakistan back in 2015. The competition became tough after Turkish Albayrak and United States’ Uber emerged in the taxi market offering online booking services. Uber and Careem distinguish themselves from Albayrak by offering Mobile app for booking purposes and all you need is internet and a device to use that internet, install app and you are ready to go. While A-taxi has a distinct feature of 24/7 booking number which links you to their call centre and you can book a ride there. Additionally, it can also be stopped on the road as they are characterized by yellow color so no booking is compulsory. Metro cab also offers app plus booking on-call service but the app service has failed. It doesn’t ask the drop off location, no fare estimate can be made on that app, moreover, you can register on Metro cab only when you confirm your booking which is not the case with Uber and careem. So better prefer calling them instead of wasting time on their app service.

After you are done with the booking, uber and careem will send a text message to your phone stating the details of the car including its model, color and number and of the driver, captain in their terms. The trip can then be tracked on GPS offered by the mobile app keeping you on a safe and vigilant side. Although A taxis also possess GPS system but this service is limited to their cars and customers cant track their ride.

Every service offers specific trip charges with basic fare residing along. A taxi has the simplest criteria of payments. The digital meters are fixed in the cars you are travelling. The driver starts the meter which consists of a figure of 120 Rs. Which is the basic fare offered by Albayrak. You can travel upto 3 kilometers and all you have to pay is Rs.120. but if your destination is at a distance more than 3 kilometers, then Rs.35 will be the amount you will be charged for each kilometer coming ahead. There is another nice aspect I would like to mention here about this Turkish service. Imagine if you called the car at 8 o clock and the driver reaches at your door sharply, but you need some time as you are still getting ready, what extra charges you will have to pay for it? The answer to it is ZERO!! A-Taxi can wait free of cost and only starts meter when you make yourself seated in the car.

But that’s not the case with Uber and Careem. If the driver is unable to find your exact location and is wandering around searching your destination, or you are just not ready on time, you will have to pay extra charges for it as time is also charged i.e. Rs2/min. But if we look into the bright aspects of the both, they offer less and affordable fare as compared to A-taxi, Uber being the cheapest of all. Careem has a basic fare of Rs. 150 and Rs 25 for each kilometer. While Uber crowns the services in terms of fare with a basic rare of Rs.100 and Rs.13.7 is the amount you will have to pay for every kilometer.

Besides this, the ride charges can be seen on mobile app in case of Uber and Careem whereas in A-Taxi, meters display the charges kilometer after kilometer.

Unlike Uber, careem has a special service of wallet in which you can put the extra credit if you donot have the change. Driver will top up the extra cash to your wallet enabling you to utilize it during your next trip.

Uber allows you to track your ride even when you have closed the app. In fact, it even tracks your route during the ride. Careem, on the other hand, fails to provide a real-time response on your location once the app is closed.

Except A-Taxi, both of the services provide you a receipt of your payment via text message right after you have finished the ride. But what careem doesn’t offer is the details of the charges which Uber sends to its customers reducing the chances of fraud.

Now how the networks engage with their customers? Albayrak has its call centre number through which you can not only book a ride but also it gives an easy access to file complains in case of any mishap. Careem used to have a number but now it’s accessible only through their website. While uber offers both. In case of complaints, Careem requires a detailed email with Booking ID, while for Uber all one has to do is go to History, select the ride and then simply press ‘Need Help’.

The three of them are becoming known mode of transport for the public hence generating good revenue. In case of Uber, the company keeps 25% of the total revenue generated while it distributes 75% with vendors and drivers. The average income that comes in drivers’ share is not so high but reports say that some drivers have succeeded in generating Rs. 100000 per month which is a handsome amount.

To make the services and their quality more prominent for you, I recently conducted a survey to get a clear view about people’s experience.

Shireen Zaidi, a content writer at Pakistan point who is a regular careem user seems quite satisfied with the service.

“I never found difficulty in reaching my destination as the captains know all the routes, affordable price is another perk I enjoy.”

She also talked about the safety she feels while riding careem because of the details company provides about the driver and the tracking system of GPS. “you can simply forward those details to any of your family member just to remain on the safe side.

Kamran Syed, who used A-taxi a couple of times, shared his views about the Turkish service.

“the criteria of payment and charges a ride owe are very easy and clear as I know after 3 kilometers worth Rs 120, I will have to pay Rs.35/km which I can also see on the meter placed in the car. So with no hidden charges, I felt satisfied paying.”

Farwa Shah, a punjab university student who often feels need to hire uber when she is short of time, praised Uber for its cheapest rates.

“Uber offers the cheapest prices one can ever have, I was only shocked when Uber billed me Rs 130 for a distance I usually paid Rs 200 while travelling via Rikshaw. Plus it’s always on time.”

The companies hold great opportunity to expand in Pakistan with successful business because of the two reasons. firstly, major population is a mediocre population who although cannot afford cars but can have keen interest in utilizing the transport service with almost same amount as demanded by local rikshaw but with more convenience and class. Moreover, women have reported to feel comfortable and safe while riding on these online cab services due to its tracking system. so Pakistani women empowering and growing in practical fields and office jobs can make good source of business for these companies. 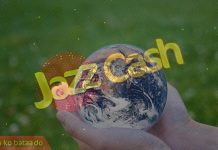