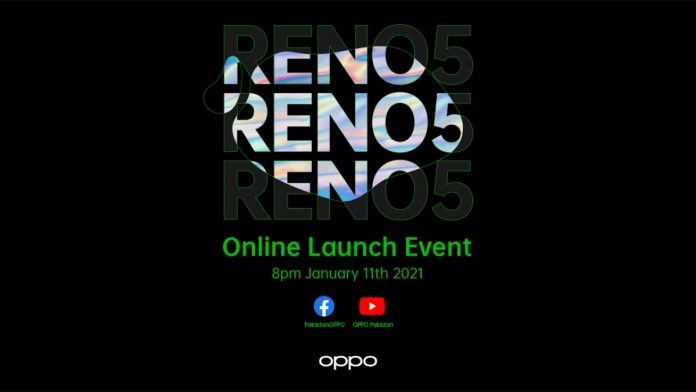 The smartphone brand OPPO has been dropping hints about OPPO Reno5 as the launch is just around the corner. The OPPO Reno5 is one of the most awaited technological advancements debuting soon. A series of thrilling and dramatic teasers were released showcasing the story of the mysterious and suave Mr. Reno to build excitement around the upcoming launch without giving away much about the new smartphone. The teasers eventually revealed to audiences the true identity of Mr. Reno – the bewitching Sheheryar Munawar. With his long association with the Reno series, Sheheryar channels the energy of the new Reno5 perfectly electrifying the people for the official reveal.

The first teaser showcases Mr. Reno mysteriously without disclosing his true identity as he gets ready to embark on his special quest to unveil the brand new Reno5, leaving audiences guessing who it is. The second teaser weaves the story artistically as unveiling Mr. Reno’s identity – Sheheryar Munawar putting an end to the mysterious assumptions of the people on social media. The final teaser gracefully leads the people to the launch of the upcoming futuristic smartphone OPPO Reno5 setting a rage of excitement among the people to experience OPPO’s latest technological marvel.

In addition to creating interest around the enigmatic Mr. Reno, the teasers revealed Blend Mode, AI Mixed Portrait, and Silhouette Mode of OPPO Reno5 all designed to enhance the photography and videography skills of the users inspiring them to picture life together.

OPPO being the entertaining brand created a buzz around guessing Mr. Reno on its social media. People eagerly joined the quest to guess Mr. Reno. The OPPO Reno5 teaser series gives the first realistic look of the smartphone to be launched online in a few days. Fans have marked the date and are anxiously waiting to see the much-hyped smartphone and its specifications on 11th January 2021 at 8pm online.

Leaked Posters of The Huawei Y9a Subject to Leak

Huawei also makes entry into patent for a foldable phone