Recently a teaser image of the upcoming Oppo F9 has been tweeted Oppo’s Malaysian social media. The company’s F series of smartphones is famous for their “selfie phones” and renowned for having great front shooters.

OPPO’s well-known F5 had a 20 MP front camera as the F7 had a 25 MP camera, a notch up from its predecessor.

The image shown in Oppo’s Malaysian office’s tweet portrays a waterfall with a pattern in between, which most likely signifies the small notch in the upcoming F9.

As per Oppo’s representatives, the phone will feature a “Waterdrop” screen design with a screen-to-body ratio of 90.8%, which is merely 2% below its current flagship, the Find X. The Find X being the most expensive phone, launched in Pakistan a week back and has the highest screen-to-body ratio ever seen in a phone, an incredible 93.8%! 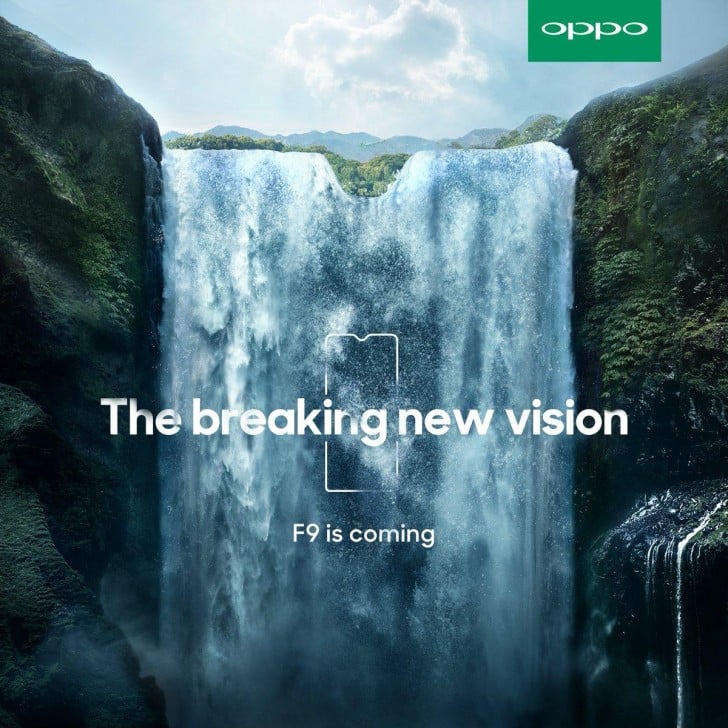 The phone is likely to launch with a smaller notch than its predecessor and it is expected to place near the front camera exclusively, similar to the Essential phone. The notch is clearly being reduced in size, as it can be seen in the image of the phone’s design along with the bold cutout made from the waterfall itself.

Despite the fact that the post doesn’t reveal details of the phone or its specifications however considering the company’s track record, here is what we can expect from the Oppo F9:

In subcontinent smartphone industry, Oppo is gradually becoming a major player as well as globally. The company has bee successful to earn customer base here in Pakistan thanks to its lineup of selfie phones which vibrate with the interests of local millennials widely.

The Oppo F9 is predictable to launch in Malaysia in August and is expected to lie in the same price range as the F7, i.e. approximately Rs.40, 000. Soon afterward, the phone is going to be launched in India soon.

Considering the previous trend, catering to various segments with varying specifications in a same phone, the company may launch a number of variants of Oppo F9.

TECNO new smartphone will have Built in cooling system

Apple’s very own version of the foldable?