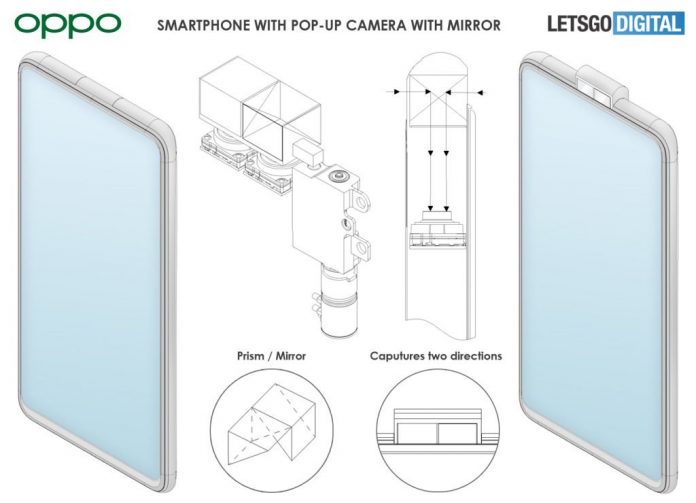 Oppo has been in the news recently as the company has been in the process of patenting interesting smartphone designs. Indeed one such weird patent which has made its with includes a second screen within the rear camera layout.

The patent, which of course has been filed by OPPO Guangdong Mobile Communications Co. Ltd at CNIPA (China National Intellectual Property Administration) has been subject to being published on the 19th of February. The patent shows a design just like any other smartphone – until you turn it over to the back.

As seen in the pictures which are surfacing online, the rear features with a circular camera layout with cut-outs for lenses as well as a small hole which is likely there for an LED flash. Inside the layout is present a circular layout. The Chinese manufacturer intends to use this as a secondary display. In the patent, it has actually shown a colored render with use-case scenarios

Must Read: Sony in legal trouble because of the Ps5

For instance, the small display can actually quickly serve for the sake of showing time, date as of course can be seen within the device too. And there is always a possibility that the company could indeed go on to expand this by showing quick notifications, fitness data and even more.

Also, upfront, there isn’t exactly present a selfie camera. This might make you wonder as to whether the Chinese manufacturer intends to use the secondary display (as a viewfinder) so that people could take selfies via the aid of the rear camera. However, for now, we still aren’t sure about it as it happens to be smaller in size.

In any case though, the rest of the design isn’t too different. We have a curved display at the front, a USB-C, SIM card slot, speaker and also of course the primary mic up on top. Apart from the circular design, Oppo also has a sketch of a square-shaped rear layout with rounded edges.

A hefty update for the Pocophone F1