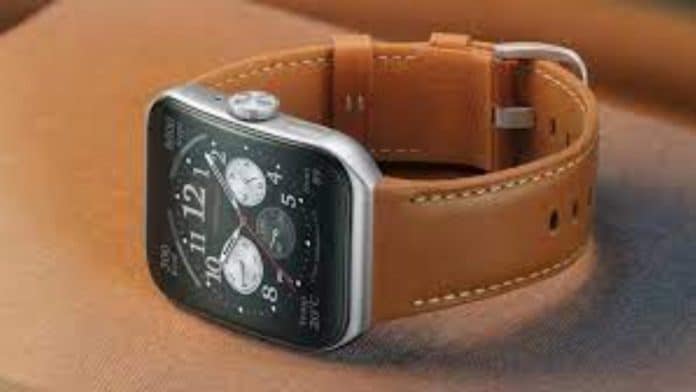 Oppo is in the wake of Samsung’s new smartwatch, the Watch 3 and Watch 3 Pro. These new smartwatch compete directly with the newly released Galaxy Watch 5 series, but they’re exclusive to China at the moment.

These wearables have become the first wristwatches that include Qualcomm’s Snapdragon W5 Gen 1 SoC, which was first announced in July. Oppo Watch 3 has a 1.75 AMOLED display that has 3D glass and 372×420 pixels resolution. While the Pro model comes with a larger 1.91 inch screen (378x496px) and LTPO to conserve battery power to the highest level.

The base model is restricted to a battery of 400 mAh which lasts for 4 days, while the Pro model is able to last up to 5 days with its battery with 550 mAh. The battery life can be extended to 10 days with the former, and 15 days for the latter using light mode. Both devices can charge 100 percent in between 60 and 65 minutes.

The watches come with the heart rate sensor as well as a blood oxygen monitor. sleep tracking, more than 100 workout options with 150 watch faces and much more. It has 1GB RAM, 32GB storagecapacity, Bluetooth 5.0, NFC, E-SIM, 5ATM water resistance, as well as GPS-integrated.

Oppo Watch 3 has a starting price of $222 , and The Watch 3 Pro will be priced at $282 after they are available for purchase in China on the 19th of August. It’s unclear if the watches will be launched elsewhere. You can pick between Platinum Black and Feather Gold options with Watch 3 and Platinum Black or Desert Gold with Watch 3 Pro.

Xiaomi Redmi 4X Review – An innovative device with many cool...

OPPO to Launch its most anticipated F9 ‘Starry Purple’ Edition...