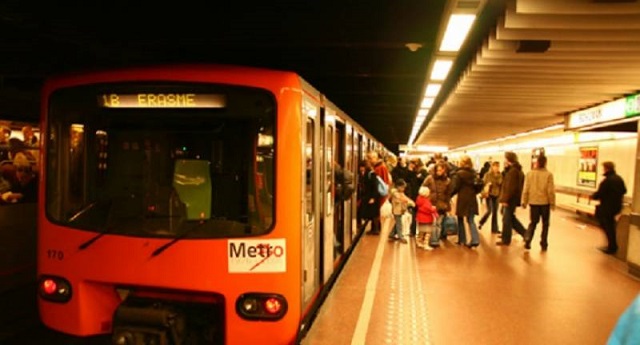 Orange Line Metro Train has been inaugurated in Lahore, by Chief Minister of Punjab Shahbaz Sharif. The inauguration ceremony took place on Sunday.

He said that at the time the project is completed, nearly 0.25 million commuters will be able to avail the opportunity to travel via Orange Line train.

Making the commute easy for everyone is aimed with this project.

He termed the project as a best intra-city project, that will cover a distance of 27 kilometres from Darogawala to Thokar Niaz Baig in only 45 minutes.

He also vowed the conspiracies of the opponents against the project. But he said that those conspiracies could not harm the development of the project and the journey of progress and prosperity will continue in the same way.

He recalled the time when metro bus project was under construction and the opponents of their party were calling the project “jangla bus” accusing the Punjab government of corruption.

He also pointed out that their opponents announced the metro bus project in Khyber Pakhtunkhwa following the lead of Punjab government.

“However, there is no sign of metro bus in Peshawar”.

Shahbaz Sharif lashed out at the Pakistan Tehreek-e-Insaf (PTI), saying that people who speak about “tabdeeli” [change], are doing nothing to provide any relief to the people.

Shahbaz Sharif lauded the mega project terming it as an attempt to create equality between the masses and the privileged rich class of the country.

He called the project an opportunity whereby the living standards of the poor can be alleviated.

On 25th December, when the project will be launched officially, 27 trains will be made available for public use.

A single train can carry 1,000 with 200 commuters having seats and other 800 would commute while standing.

This is the country’s first metro line that was launched in May 2014.

The Project is the outcome of the collaboration between Chief Minister of Punjab and a Chinese company.

One of the challenges that this project faced is expectations that Supreme Court would deliver a decisive verdict on a petition that regards the damage caused to heritage sites out of the construction of this project.

However, the Supreme Court reserved its judgment asking the Punjab government to file a comprehensive report to the court detailing the measures to address the petitioners and concerns of the civil society over the matter.