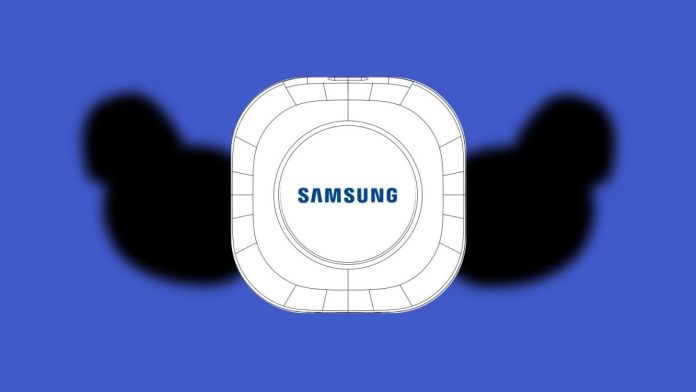 And now, ahead of the launch of the very latest batch of TWS earbuds from Samsung, a rather popular leaker in Evan Blass has given us a first look at the new Samsung earphones. The images that have been showcased show the earbuds in violet color along with a matching case to go with.

As far as the design is concerned, Samsung has slightly deviated from the design of the Galaxy Buds and the Galaxy Earbuds+. The Galaxy Buds Pro still has the silicone tips to keep the sounds in but the body is now a bit more rounded. There is a microphone placed at the top while a grille is there at the bottom of each earbud.

It has also been reported that the new earbuds will make way with active noise cancelation, hence there is indeed the possibility that the grille is housing more microphones. Samsung has also ditched the pill-shaped case for the sake of the previous models for a case which is similar to a bean-shaped Galaxy Buds live. There also happens to be an LED indicator present on the front of the case which should light up when charging it. Much like the case of the Buds live, this too should support both USB-C as well as wireless charging.