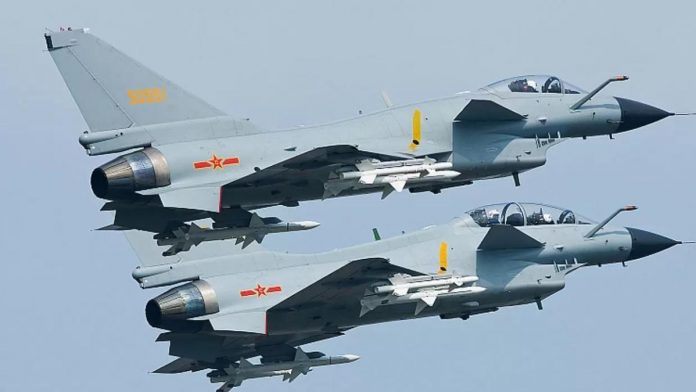 PAF received its first batch of J-10Cs in March from Chengdu Aircraft Corporation. This Chinese aerospace conglomerate designs and produces combat aircraft. This batch had a low-visibility color scheme.

It was first reported in July that Pakistan would receive 36 J-10C fighter planes from China. In December last year, Sheikh Rasheed Ahmad, the former Interior Minister, revealed that the PAF would receive 25 J-10Cs from China in the first batch, and 11 in the second.

Many aspects of J-10C’s mid-sized fighter jet are similar to the Rafale fighter plane of the Indian Air Force (IAF).

Fly-by-wire flight controls are available on the single-engine, tail-less delta wing J-10C. An AESA fire control radar is also included. Composite materials are used to make it lighter and stronger. Its internal armament is a Gryazev–Shipunov GSh23 twin-barrel gun, which is located under the intake.

Externally, other weaponry and equipment can be mounted on 11 hardpoints. There are 6,000 kg of missiles, bombs, drop-tanks with fuel or any other equipment, such as avionics devices.

Microsoft see a rise in profit by 33%, thanks to their...

Gmail receives approval to proceed with plans to destroy its spam...

Apple Watch 8 most exciting feature might not be working in...