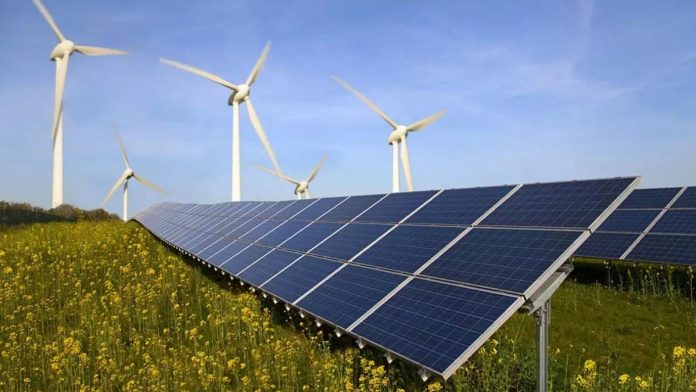 Federal Minister of Planning and Development Ahsan Iqbal on Thursday emphasized the necessity to honour the pledges and commitments of invest $600 billion in green energy. “We are pleased with this Global Roadmap for Accelerated Sustainable Development Goals (SDGs) Action, developed during the high-level dialogue 2021 and more than 200 Energy Compacts, including pledges of $600 billion… but actions must match the commitments and pledges,” he added.

Minister was speaking at an event of high-level officials on “Accelerating SDG 7 Action for the 2030 Agenda and the Paris Agreement: Universal Energy Access” that was held on the United Nations headquarters. The event took place in September of 2021. UN General Assembly’s summit-level meeting about energy took place for the first time after over 40 years. It concluded with the unveiling of an unprecedented 137 voluntary commitments that are referred to as “Energy Compacts” which included total commitments of approximately $400 billion. This then grew to $600 billion through more than 200 Energy Compacts.

Iqbal stated that it was clear that achieving SDG 7 that calls for the universal accessibility to sustainable and clean energy, was crucial to advancement on all 17 SDGs along with the climate goals. He said that Pakistan’s policies were guided by three goals, including the universal accessibility to energy, increasing the proportion of renewable energy and increasing the amount in energy conservation and efficiency. “Our goal is to ensure to ensure that by 2030, 60 percent of our energy needs is clean and renewable. The solar and wind power capacity is greater than 40 million megawatts.

In addition 30% of cars are expected to be electric by 2030.” Minister said prior to the outbreak of Covid-19 that the world was falling back in its progress towards attainment in SDG 7 and goals of the 2030 Agenda. About 733 million people have no electricity access There are huge gaps between access to rural and urban areas as well as 2.4 billion people remain not able to access clean cooking options. “For the second consecutive year investment in clean energy in the developing world have decreased. In 2019, the figure was just $10.9 billion.

The non-electricity sector is even further in the process. In terms of energy efficiency, the annual improvement was 1.5 percentage in the last year, which is far from the 3.2 percent target,” he added. The prices for energy in developing nations have increased. The competition to find natural gas driven prices up by nearly 1,900 percent. Many developing countries, including Pakistan with no energy source, even with ridiculous costs, are now in danger of “brown-outs”. “Investment in the production of fossil fuels is growing. Plans for the gradual elimination from coal production have either been put on hold or changed,” he said.

Iqbal said that new fossil fuel power was not a priority in developing nations However, the existing coal and oil power plants were still supplying an enormous amount of the energy used in industrialized countries. “Climate coalitions” have been established to finance a variety of emerging economies in order to encourage them to move away from coal-fired power plants. “Such incentives haven’t yet been provided to countries in the developing world that have stayed away from using the coal reserves they have.”

Under the current circumstances in the present, he stated, the most important thing is access to energy for all and from any source. This must include an equitable access to natural gas as well as a financial mechanism to reduce the cost of prices of energy for the affected countries.

Airliners in Pakistan may get banned in 188 countries

PM Khan Wants End of ‘unnecessary’ Taxes, Who Imposed it Then?