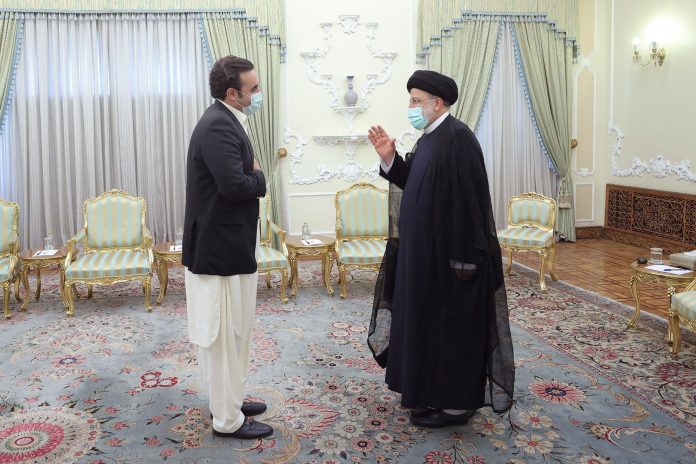 Pakistan and Iran are closer to overcoming one of the main obstacles to bilateral trade expansion through the operationalisation of the barter trade mechanism. This was announced Tuesday by Foreign Minister Bilawal Bhutto Zandari, after he met with his Iranian counterpart in Tehran.

According to the foreign minister, the promotion of trade through the border marketplaces was a measure of their mutual commitment to increase economic and commercial activity.

He stated that he was pleased that both sides were closer to solving one of the main obstacles to bilateral trade expansion through the operationalisation of the barter trade system. “This will greatly contribute to improving the livelihoods and welfare of those living in the border regions.”

On Tuesday, Foreign Minister Bilawal arrived in Tehran to start a two-day visit. He was invited by Foreign Minister Abdollahian. He stated that they reviewed the whole gamut of bilateral relations during their meetings.

Both sides found ways to improve bilateral ties, especially in areas such as trade, investments and connectivity.

Bilawal also stated that another important step in strengthening bilateral relations was the promise to increase energy cooperation by importing additional electricity from Iran.

Bilawal stated that he sent a message to Iranian sisters and brothers of goodwill during his meeting with Abdollahian. He reiterated Pakistan’s determination to strengthen bilateral relations in various areas with Iran.

“Iran is an important neighbor of Pakistan.” He said that they share unbreakable historical and fraternal ties. He added, “I can confirm that we are continuing to build on the extraordinarily positive and constructive relations between our countries.”

The two sides discussed the possibility of exchanging sentenced people under the existing legal framework in order to let them complete their sentences in their respective country. Bilawal also expressed appreciation to Iran for its support of pilgrimage in Pakistan.

According to the foreign minister both sides discussed the latest developments in Afghanistan. They also discussed the dire human rights situation in Indian Illegally Occupied Jammu and Kashmir and rising Islamophobia within India.

According to Bilawal, Iran and Pakistan were directly affected by the instability and conflict in Afghanistan. They have been hosting millions of Afghan refugees for over 40 years. He said that they were interested in a stable, peaceful and prosperous Afghanistan as such.

According to the foreign minister, he had also informed his Iranian counterpart about the dire human rights situation in IIOJK. He said, “We are grateful to the Iranian leadership’s steadfast backing for Jammu and Kashmir’s just cause.”

According to the foreign minister, they also discussed India’s rising Islamophobia. He stated that the international community must unite against xenophobia and intolerance, as well as incitement to violence based on religion or belief.

Abdollahian answered a question and said that Iran believed negotiations could be successful to revive the 2015 nuclear agreement with world powers. This despite recent criticisms from the International Atomic Energy Agency.

Abdollahian stated that negotiations and diplomacy were the best methods to reach the agreement’s final point. He also said that his country would not abandon the negotiations and that contacts in diplomatic fields would continue through the European Union.

Biden As President Will Raise Kashmir Issue With India, Says His...