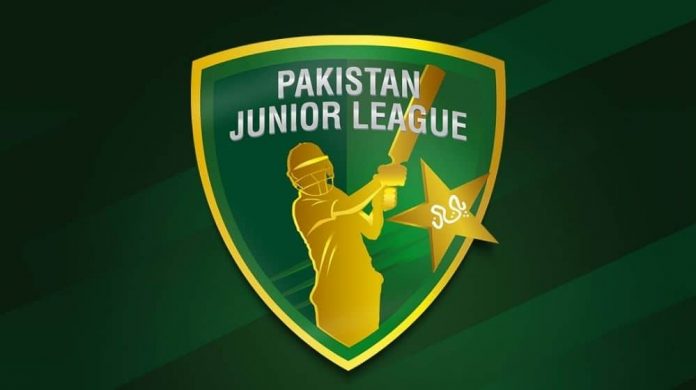 The Pakistan Cricket Board (PCB) has released its official brand logo to mark the first season of the Pakistan Junior League (PJL) to be held in the first half of October.

“The start of a new time. The official emblem for the Pakistan Junior League!,” the PJL published the official social media site.

In the spring of this year this year, in the summer of 2013, the PCB chairman announced earlier this year the start in the Pakistan Junior League, in which six franchise teams from cities will be competing in a 19-match tournament at the Gaddafi Stadium between October 1 and 15.

The cricket board chairman revealed that the former players Shahid Afridi, Shoaib Malik along with Daren Sammy will mentor the team and Javed Miandad will oversee the league.

The other day, PCB Chairman, Ramiz Raja released the teaser that was full of bright shades to promote one of his most awaited projects that will feature famous cricketers Babar Azam, Hassan Ali, Naseem Shah and Imam-ul-Haq.

In a press conference in Karachi this week, Ramiz stated that it is a moment of pride for the board of cricket that the first ever junior league has been launched. He also stated that he is hopeful that it will yield positive outcomes for the country.

It’s Time The DRS Got An Overhaul