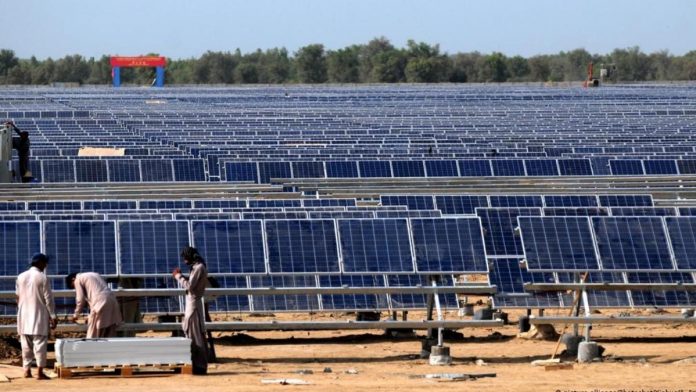 The dangers of the use of non-renewable resources have been discussed enough, and everyone is taking steps to protect the environment and utilize renewable energy sources. Pakistan is also beginning to make steps toward more efficient renewable energy sources instead of costly petroleum-based products. The committee appointed by the government is responsible for preparing the new policy that will allow Pakistan to create a 30% energy mix using renewable resources.

Pakistan is not keeping up with its competitors in the region and the focus of our country should have been shifting from the import of petroleum to developing renewable energy sources long before. This is the reason Pakistan is facing a major debt crisis and is not able to fulfill its energy needs. If Pakistan concentrates on all methods of renewable energy, such as solar, wind, and biofuels, Pakistan would not have to import this much petroleum from other countries, and could begin its path to prosperity.

When we think of the solar power, Pakistan is making progress on both the public and domestic levels. There is a huge supply and production of solar panels. These people install on their roofs and consume more solar energy than normal electricity, which helps to reduce the price and power supply. Many offices in the private sector have installed solar panels onto their roofs and operate entirely on solar power; they save on electricity and also benefits the nation.

Pakistan has adopted the method of generating electricity using running water quite early, as Pakistan has numerous rivers throughout the Punjab as well as in the Sindh region. After the initial successes, the government has not been able to sustain the development.

The last administration seemed to be passionate about the creation of new dams along the Indus river. They named them Diamer Basha Dam and Kalabagh Dam The dams are in their beginning stages and will take a long time to reach their finalization.

Regarding wind energy and biofuels production Pakistan makes almost zero progress. The wind is a great source of energy in Pakistan in the South Punjab and the North Sindh region, where a lot of landforms are deserts as well as solar. Pakistan is able to generate huge amounts of wind energy. Biofuel is, however is a slightly more complex , and requires a high-quality experimentation and it is expensive. However, many Pakistani students are contributing to the biofuel revolution and we hope that we can grow the business to a degree that will help to boost the prosperity of our nation.