4G users in Pakistan,  are experiencing an average speed of 11.71Mbps on local 4G networks, which is just below USA’s average speed of 14.99Mbps, according to  OpenSignal reports, in its latest network report on 4G services.

According to billions of tests conducted from several thousand devices, in a comprehensive survey, Pakistan has been ranked higher than Saudi Arabia, Bahrain, Argentina, Iran, India, and Indonesia in terms of 4G average speeds.

It is also reported that highest average speeds for 4G networks had been recorded in Singapore that stood at 45.62 Mbps. South Korea won the second slot in the competition of 4G speeds, while Hungary was ranked third for the highest average 4G speeds. 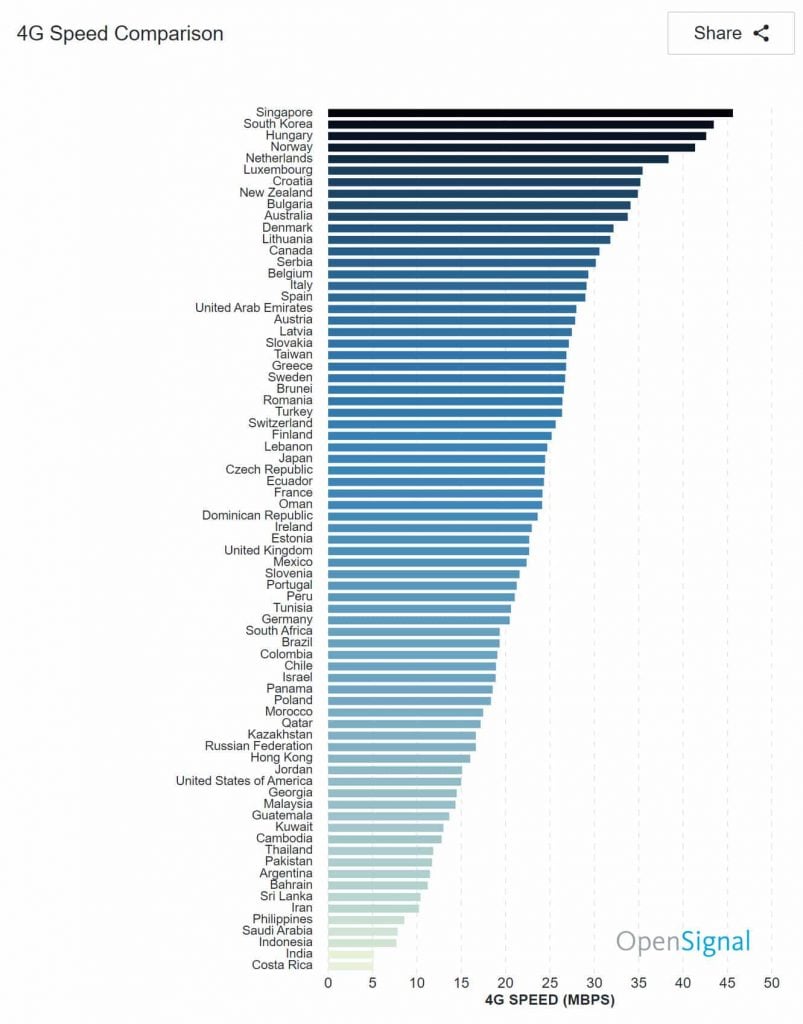 The open signal report also says that more than half of Pakistani population had access to 4G services at the time when the survey was conducted. It has been also reported that 4G is accessible to 53% Pakistanis but the question asking where 4G coverage was available geographically was not answered.

No doubt speeds of 4G in Singapore and South Korea are much higher but Pakistan’s achievement in 4G speeds is remarkable and we are proud to inform you that Pakistan had been ranked near to the USA in 4G speeds.

The digital Pakistan is not far now as, the launch of 5G services in Pakistan has also been announced in the near future, that is the proof of Pakistan’s growing IT progress.