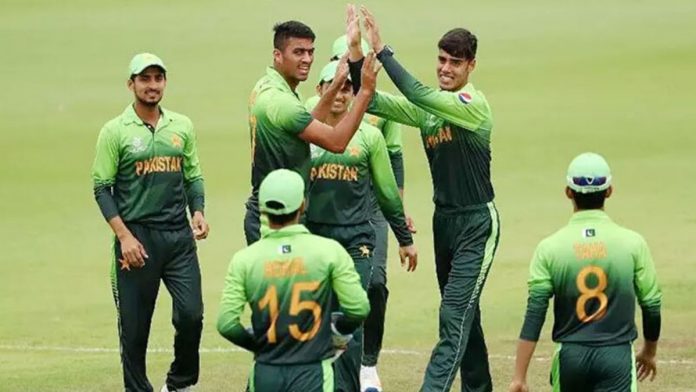 The U-19 team for Pakistan, just yesterday, kicked off their campaign with a winning start, as they proceeded on to complete a seven wicket win over Scotland – in a run chase which was a bit less straightforward than what the scoreboard suggests.

The Pakistani team had to deal with two quick blows in their purest of just the 75 runs that Scotland managed – the match, which took place in Potchefstroom, witnessed great entertainment early on.

As the bowlers within the Pakistani team did their job, it was expected to be simple run chase as many expected Pakistan to beat Scotland without even breaking a sweat.

However, it was not a simple run chase at all – and in all truths, it was far from it, as the Pakistani team went on to lose both their openers in Haider Ali as well as Mohammad Shehzad – in the first and second overs respectively.

The match, which at one stage for Pakistan U-19 was 2-4, was crying out for some stability for the green shirts – which was ensured from Rohail Nazir – who delivered a real captain’s knock.

Both Nazir as well as his partner Irfan Khan managed to stabilize the ship as Nazir, with his 27 off 23 and the combined effort with Irfan managed to take the score past the 50-run mark before the captain got out – though the partner continued with his coolness across the pitch.

Rightly enough though, much credit goes to the bowling within the Pakistani camp as it restricted the Scottish to a mere score of 75. Indeed, Mohammed Wasim was on show as he managed to take five wickets at the expense of only 12 runs. And as expected, he was also given the man of the match award for his efforts.