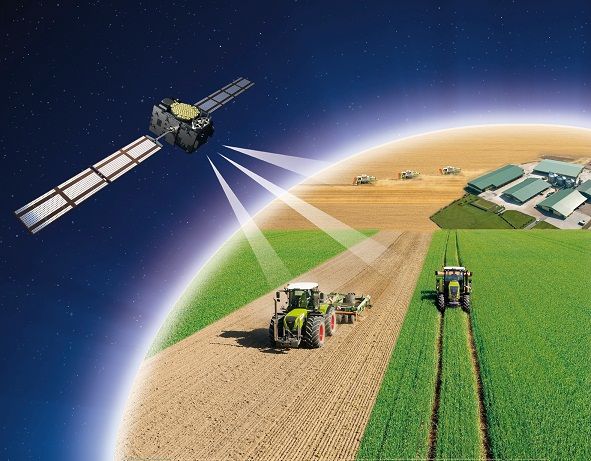 In a first, satellite technology would be used to monitor crops in Pakistan. The technology would be introduced to report the crops, especially of Punjab. The views were expressed by Federal Minister for National Food Security and Research Makhdoom Khusro Bakhtiar while chairing a meeting on utility of Space and Upper Atmosphere Research Commission (SUPARCO) crop reporting data through satellite technology, along with provincial crop reporting services data.

Senior officials from SUPARCO, members of Crop Reporting Services from KP and Sindh and officials of the Ministry of National Food Security and Research were also present in the meeting.

The meeting was conducted and the primary agenda of the meeting was to draft a plan to monitor and report the crops in Pakistan via satellite network. The meeting aimed at devising a detailed strategy for crop reporting and food security for better monitoring with the support of SUPARO.

The project would be executed under the Ministry of food security with along with Crop Reporting Services from all provinces.

The move will ensure the crop yield enhancement and help gather the necessary data under which new strategies would be devised regarding food security and crop yield.

SUPARCO is Pakistan’s primary space agency and upper space research center of the federal government which is responsible for the country’s space related research and operations. In a recent past SUPARCO also sent a satellite with the help of China. Earlier, Minister for Science and technology Fawad Chaudhary also announced that Pakistan will send first human to space in 2022 with the help of China. Since then the government is discovering new avenues of cooperation with China in the field of space and agriculture.

Samsung happens to be working on two galaxy Watch models