Perhaps the biggest name in the Pakistani Fashion industry, HSY has made his country proud by achieving a major feat in his long and glorious career. The Pakistani fashion designer Hassan Sheheryar Yasin, known popularly as HSY recently got hold of a monumental position and well the people of Pakistan have expressed their utmost appreciation for the guy, on the internet.

From garnering his own accolades at the LUX style awards to special recognition in Bridal couture, this Pakistani sensation just recently landed a spot on the coveted Oscars committee of 2020, a truly amazing milestone achieved by the fashion designer. In addition, in show for his remarkable success, HSY addressed his millions of followers on his social media profiles to announce the news and wrote this in his caption in a recent tweet posted on Twitter, he said, “Humbled and proud to be part of the Oscar committee for 2020.”

In addition, the popular designer also talked about other key people who will be joining him in the committee, namely Sharmeen Obaid-Chinoy as well as other notable stars. His caption further added that , “The committee will be chaired by two-time Academy Award and Emmy winning documentary filmmaker Sharmeen Obaid-Chinoy and includes Film Director Asad-ul-Haq, Actor Mehwish Hayat and Musician Faisal Kapadia.”

His post featured a very interesting picture of him sitting on top of a wooden seat, staring lovingly towards the side of the frame, next to it all stands the luscious and eye-catching Oscars trophy which, as we all know is the dream which every star wishes to live. Nonetheless, this is truly a remarkable achievement by HSY and shows how influential the famous designer is in the world, we wish him all the best for the Oscar’s 2020. 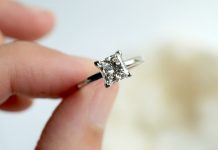 How to Extend the Life of a Diamond Prong 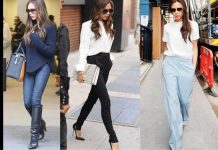